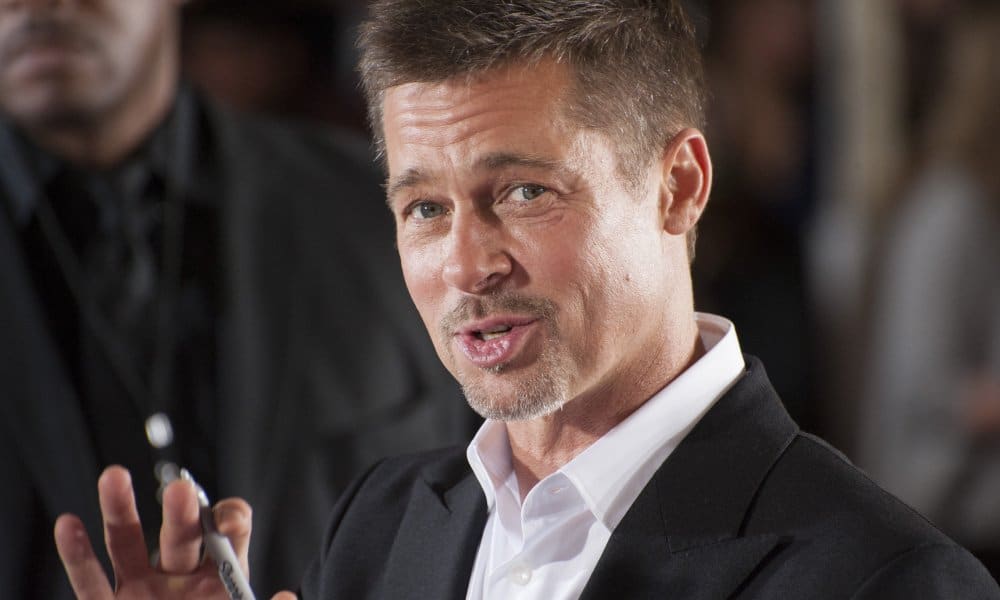 While Brad Pitt’s attention during the auction was mostly monopolized by his cell phone, his ears perked right up when the auctioneer announced the opportunity to watch an episode of Game of Thrones with the Mother of Dragons herself, Emilia Clarke.

The opening bid for started at only $20,000 but quickly increased as Brad Pitt eventually upped the ante from $90,000 to $120,000 when Harington announced he would also watch the episode with the winner.

It was only when the auctioneer said, “Just because it’s Brad Pitt doesn’t mean that you can’t bid against him,” that the actor was eventually outbid by a couple willing to pay $160,000 for the rare chance. Despite his loss, Pitt seemed in good spirits as he laughed throughout the bidding.

Leonardo DiCaprio was honored at the gala for his efforts battling climate change. The actor went onstage to deliver a heartfelt speech to his fellow guests about the struggle our environment is facing.

“The biggest challenge now is to make sure that everyone understands what’s at stake,” DiCaprio emphatically stated about the dangers of climate change. “But how can we do this when we have a president who, just this week, proposed a massive increase in offshore drilling? Their denial of so much of the scientific proof and evidence belongs in ‘the Earth is flat’ chapter of human history.”