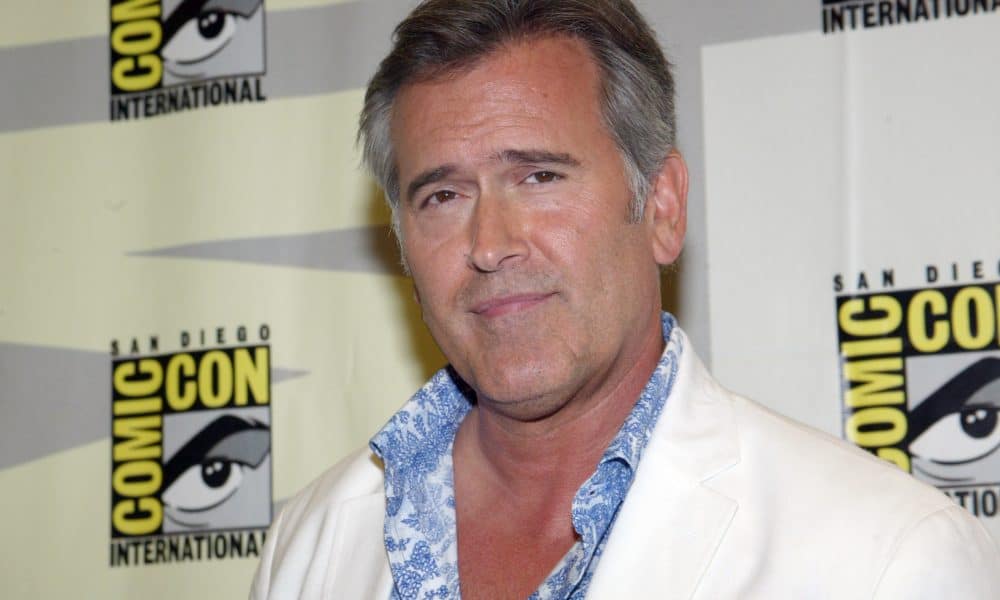 A few days ago, Starz announced that the finale of the third season of Ash vs. Evil Dead would be the series’ last episode. Fans of the cult-favorite series were quick to whip up some discord in an effort to get the series picked up by another network, but in the end, Ash himself stepped forward to put an end to hopes of another battle with the demonic forces of the Necronomicon.

Since Campbell first stepped into the shoes of Ash Williams in 1981’s The Evil Dead, the actor’s portrayal of the charming numbskull has earned him legions of fans. Those crowds only got bigger when Starz unveiled Ash vs. Evil Dead in 2015. The highly-acclaimed serial followed an aging Ash as he struggled (as always) to undo a colossally bone-headed mistake. All good things must come to an end, and April 29 will see the conclusion of Ash’s fight.

On news of the cancellation, the actor was quick to offer his thanks to everyone from Ash creator Sam Raimi to Starz itself.

I will always be grateful to Starz, Sam Raimi, Rob Tapert and our tireless fans for the opportunity to revisit the franchise that launched our careers. Thank you! ? pic.twitter.com/oNmTopS1Ab

A grateful goodbye wasn’t enough for fans of Starz’s demon-hunting series, however. Moments after news of the series’ cancellation broke, several fans rallied to extend Ash’s life. Hope of a Netflix revival sent titters of excitement through the horror community.

Unfortunately, Bruce Campbell was quick to dispel fans’ hopes of a stay of execution.

Big props to fans for the effort, but I’m retired as Ash. #timetofrysomeotherfish https://t.co/Di1aeBV0dl

So, it seems as though this is the end of Ash and his eternal struggle against the forces of evil. We’ll get to see Ash fight to the very last this Sunday, April 29.