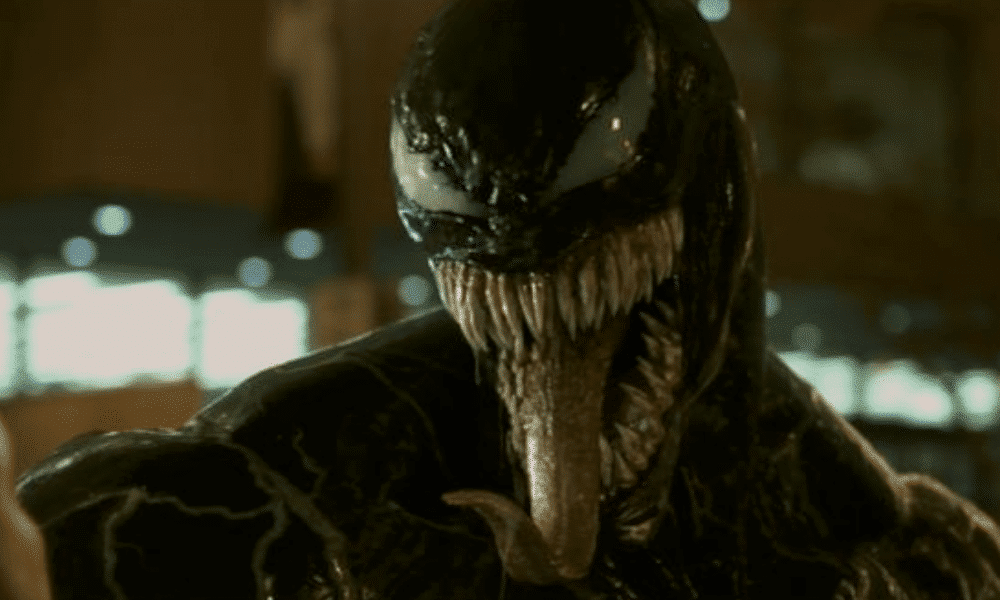 On Tuesday, Sony Pictures released another trailer for their upcoming superhero flick, Venom, starring Tom Hardy. The first real trailer for the movie has a whole lot of new story revelations and characters, but the real thrill comes in the final moments, when movie fans finally get to lay their eyes on the creature at the heart of this feature: symbiote antihero Venom.

It’s been a long road while we’ve waited for the heroic monster in this October’s Venom adaptation to rear his tongue, but judging from the first glimpse we’ve seen of Venom, the wait was absolutely worth it.

As Venom, Eddie Brock (Tom Hardy) will find himself going toe-to-toe with the CEO of a major corporation (The Night Of’s Riz Ahmed) who is hell bent on twisting a mysterious alien symbiote into a lethal weapon. Of course, what this greedy businessman doesn’t understand is that the symbiote is already spectacularly lethal, a fact that becomes all too apparent when Brock and the symbiote fuse into a single (if slightly schizophrenic) organism.

In addition to getting eyes on with Venom, the newest trailer reveals our first real look at several characters, like Brock’s love interest, Oscar nominee Michelle Williams. Fans also got their first look at Riz Ahmed as Carlton Drake, the film’s bad guy. Jenny Slate pops up playing it straight as a do-gooder looking to uncover Drake’s malfeasance.

Though the trailer doesn’t even hint at the webhead, recent rumors place Tom Holland’s Peter Parker on the set of the film, as well.

If Sony is secretly hoping that their adaptation of Venom is the first step in a burgeoning pocket-MCU, the studio is certainly making all the right moves to make that dream a reality.