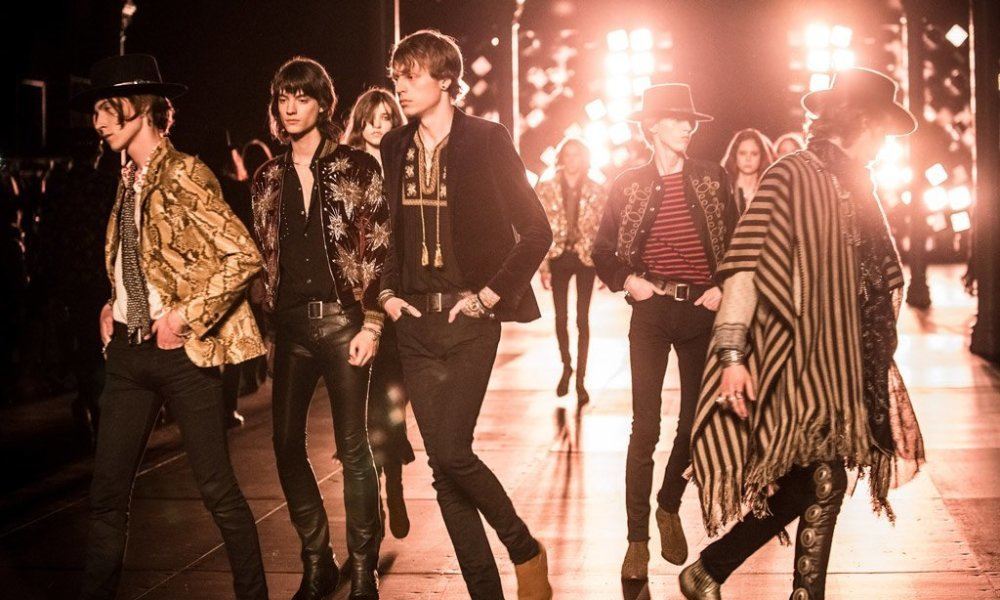 On Wednesday night Saint Laurent presented Fall 2016 men’s and Pre-Fall 2016 women’s collections at the Palladium theater. The collection was influenced by creative director Hedi Slimane’s interest in music and vintage clothing as “a tribute to the strong music scene in Los Angeles”. The show even opened with a model who bore a striking resemblance to David Bowie and continued on with lots of nods to the 1970s and 1980s rock and roll fashion.

Hedi Slimane does not generally make an appearance during the show, but this time he came out for a bow that was met with generous applause. Noticeably not present at the show were Yves Saint Laurent’s partner, Pierre Bergé, and the Kering CEO François-Henri Pinault.

The after-party was attended by even more stars including Justin Bieber, and had musical performances from acts like Father John Misty, Beck, Joan Jett, Allah-Las, The Sloths, Cherry Glazerr, Curtis Harding, No Parents, Bleached, Kim and The Created and Mystic Braves.

The music oriented show was timely at just a few days before Monday’s Grammy Awards. The second part of the Saint Laurent 2016 womenswear will be presented at Paris Fashion Week next month.