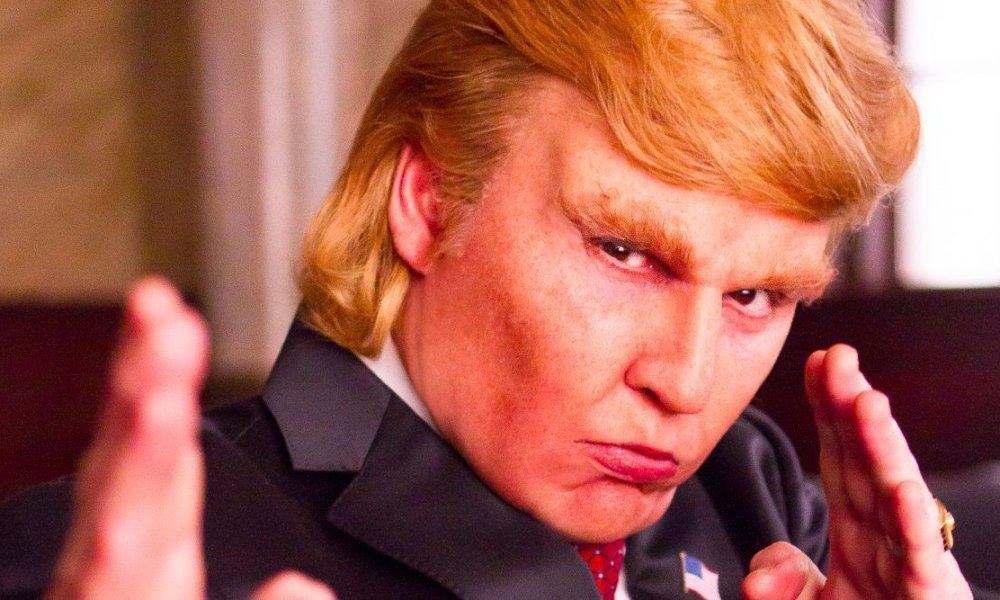 It’s about time Johnny Depp had another hit to add to his roster. After a string of dismal failures at the box office, the 52-year-old star is looking a bit less edgy and a bit more headed for retirement. And then the guy goes ahead and produces a 50-minute biopic based on Donald Trump and all is right with his career.

Wrapped in about fifteen layers of irony, the film is called Donald Trump’s The Art of the Deal: The Movie. It’s presented as though Trump himself commissioned the film complete with all the fourth wall breaking shenanigans and mock low budget gaffs (blurred screens, dropped light fixtures, etc.) you might expect. The narrative sees Trump using chapters from his book to teach a young boy about the art of business. Along the way Depp-Trump teaches the kids valuable lessons, like “how to intimidate tenants into leaving the buildings you’ve bought, how to use lawyers to pretend you are not prejudiced against black tenants, how to work with corrupt politicians.”

Throughout it all, Depp — whose fondness for prosthetics and “out there” characters is no secret — embodies Trump to a ‘T’, bringing to hilarious life all of the presidential frontrunner’s bullying, obnoxious, over-the-top traits. In fact, Depp’s characterization is so spot on it’d be hard to call it a parody. Of course, Donald Trump is a parody unto himself, so you kind of have a snake eating its tail situation with that one.

While the film will likely do little to dissuade Trump’s unbelievably large fanbase (literally, it’s unbelievable), it’s good to know that Hollywood is still doing their level best to show everyone the goofball he truly is.