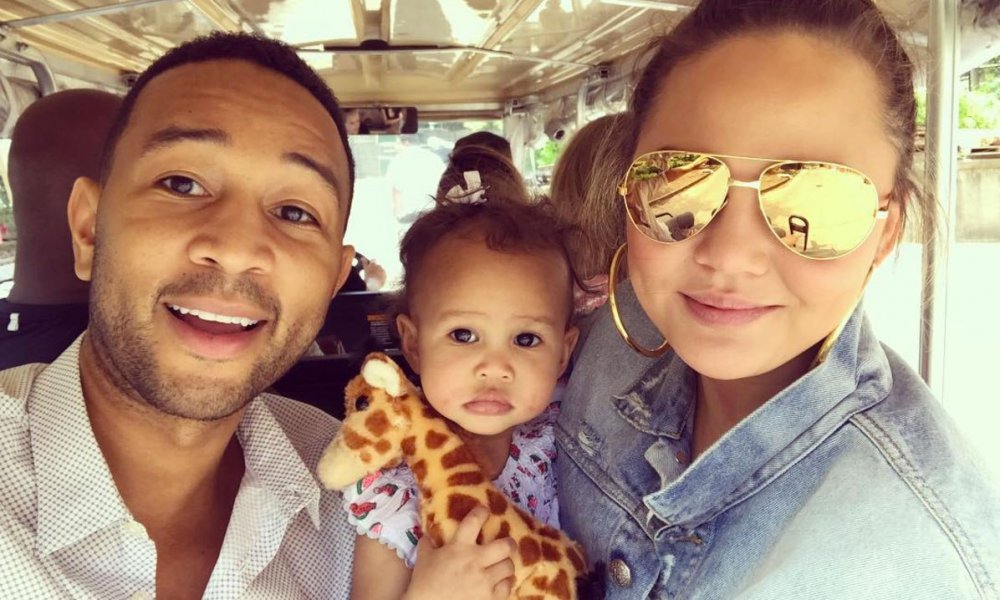 Chrissy Teigen and her husband John Legend are expecting their second child together. The star shared the news with a sweet video on Instagram where her daughter Luna points to her belly and says “baby.” Chrissy’s caption said “It’s John’s” just in case anyone was confused about who the father is.

Chrissy has been open about her fertility struggles in the past, so undoubtedly she’s thrilled about the news. A couple years ago Chrissy admitted that she and John would have started having kids way earlier if she was able to get pregnant.

“The big question was why this wasn’t working for us when I was young and he was healthy. I thought, people get pregnant by accident all the time! How does this happen?”

The star ended up doing in vitro fertilization, which means that they were able to choose which fertilized eggs they wanted to use, and therefore choose the gender. This time around the baby will be a boy, and it might not be the last for the couple.

“I think I’ll probably be pregnant all through my 30s. I’ve always pictured everyone around the table for the holidays and together once a week.”

The pregnancy news comes after Chrissy spent some time trolling the Victoria’s Secret Show earlier in the week. The star was posting videos joking about her workouts to get ready to walk the runway as well as the flowers she received from people like Giselle Bunchen and Justin Bieber. Her jokes about getting in “one last gym sesh” make even more sense now that we know that the star is expecting.

“It turns out the Victoria’s Secret fashion show was yesterday and someone (clearly jealous of me) cancelled my wake up call they will be hearing from my lawyers.”

Some of Chrissy’s fans even joined in on the prank, going so far as to photoshop her face into photos with other Victoria’s Secret models.