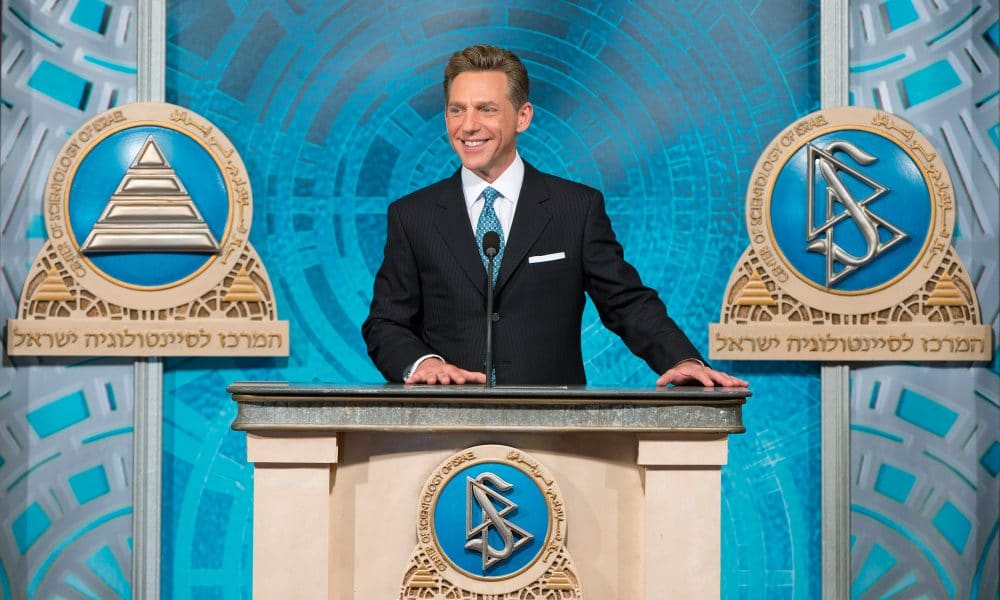 “We’re not here to preach to you, to convince you or to convert you,” Miscavige explained in a rare on-camera appearance. “No, we simply want to show you, because after all, the first principle of Scientology is that it’s only true if it is true to you. So, take a look and then decide for yourself.”

During the Scientology Network Launch Special, viewers got a glimpse inside the religion’s various churches around the world along with brief interviews with a variety of church members.

Other programming on the network included Meet a Scientologist, Destination Scientology, and Voices for Humanity. Additionally, the network aired the first of a three-part series titled L. Ron Hubbard: In His Own Voice, which includes personal audio recordings from the founder of Scientology.

Premiering opposite of the church’s network launch, Investigation Discovery aired a special episode of Vanity Fair Confidential, which delved into the unsolved disappearance of David Miscavige’s wife, Shelly.

The Church of Scientology has previously dabbled in television. For the past six years, the church has spent millions of dollars on 30-second ad spots for the Super Bowl.

The launch of Scientology TV seems like a response to the negative portrayal of the church in recent years. Going Clear: Scientology and the Prison of Belief, a 2015 documentary by Alex Gibney, won a Peabody and three Emmys. Furthermore, Scientology and the Aftermath with former church member Leah Remini on A&E received high praise for its expose on the mysterious faith.