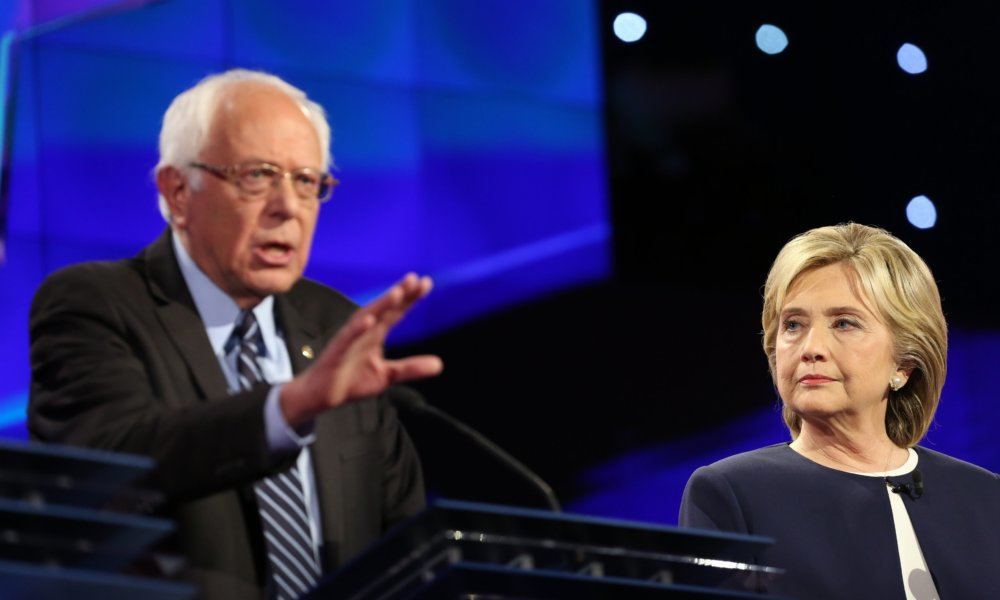 Tuesday night’s New York primary found Hillary Clinton pulling a big lead with the pledged delegates and supers, which was expected in New York as far as her people were concerned. Even Donald Trump had a good night and a relatively low key one considering what sometimes comes out of his mouth.

Bernie Sanders on the other hand, did not, despite coming off a string of victories. The final tallies in New York estimated Hillary at 60 percent and Bernie at 35 percent. Part of Bernie’s rationale has been that Hillary is not capable of consistently winning in the big northern states, but once again she did.

There’s been a bit of a home turf battle between the two since Bernie was Brooklyn born but left the state, and Hillary was a New York transplant. Naturally they were trying to battle to prove who liked New York the most. Recently Bernie got a little braggy about his roots and assumption that he had the state in the bag over Hillary.

After Hillary’s good night on Tuesday, reporter Glenn Thrush shared some colorful and rather juicy conversation details that he had on Tuesday night with a senior Clinton aide. The aide gave a rather clear message, saying:

“We kicked his ass tonight. I hope this convinces Bernie to tone it down. If not, f*ck him.”

At the moment it is unclear which one of the aids said this, and no reps from either the Hillary or Bernie camp have responded with any comments on the quote. Hopefully we hear more soon because this is getting juicy.