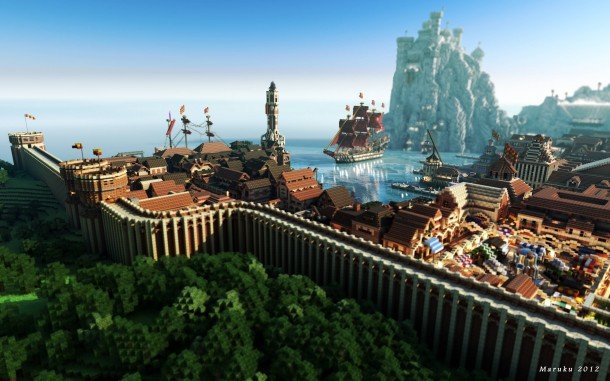 The sixth season of the medieval fantasy series, Game of Thrones, returns to HBO this Sunday, April 24th.

Die hard GoT fans, who are anxiously awaiting the premiere, should check out the continent of Westeros rebuilt in Minecraft, to avoid stumbling across spoilers while browsing the internet.

WesterosCraft, a Minecraft server showcases an elaborate replica of George R.R. Martin’s fantasy world. Fans, who built the server, have recreated nearly every important landmark from the series, from Dorne, to the Vale, and Beyond the Wall.

WesterosCraft was launched in 2011. The server celebrated its first anniversary in 2012 with a fundraiser for the charity Childs Play.

When creating the King’s Landing, the capital city of Westero, project leader Jacob Granberry said that this version “is five times the size of the original, with 2,000 unique buildings and additional houses outside of the walls.”

It’s without a doubt the best thing we’ve done on the server, and I’m not exaggerating one of the biggest and most impressive builds done in Minecraft to date,” Granberry said. “And it just so coincides with our server’s first birthday.”