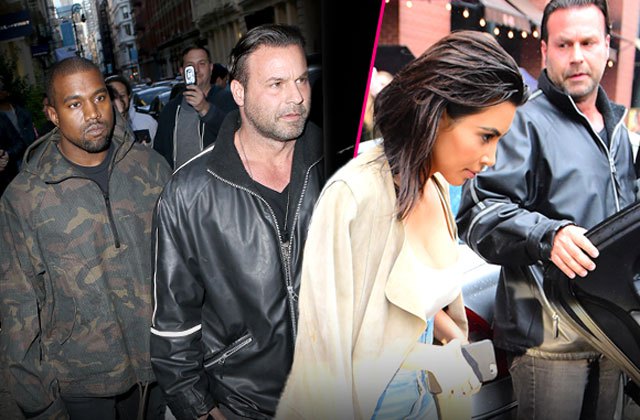 Kanye West’s former bodyguard is claiming that he was fired within minutes of starting his job on Monday night, which was escorting Kanye and Kim to the Met Gala. Former Chippendale dancer Steve Stanulis says that Kanye flipped out and accused him and chatting up Kim, which clearly doesn’t fly in the West household.

The 43-year-old bodyguard is denying that he crossed the line of professionalism and says that “Kanye needs to chill the f*** out.”

Steve has worked with other celebrities like Leonardo DiCaprio and Tobey Maguire but maintains that Kanye is “the most self-absorbed person” he has ever met.

This was not the first time that Steve had worked with the Kardashian/West crew, but things took a sour note when he tried to confirm details about the night’s plans. Steve’s account is as follows”

“I went upstairs to see what was happening as we were supposed to be driving them. I just wanted to make sure we were ready when they were ready. I went up to the floor to the Presidential Suite. I was walking and the door was open and I happened to see Kim. I thought I’d ask her or the other security or assistant if there was a change of plan. As I was walking up to Kim and the room (within touching distance of Kardashian), Kanye walked by. He came from around the corner and saw me walking towards the room. I turned around and said “Hey Mr West… how you doing?”

Kanye reportedly just glared at him, and Steve was fired shortly thereafter.

Other reports are claiming that there is “no issue with bodyguards talking to Kim,” and then Steve was always just a temp.

When asked directly if Steve did in fact flirt with Kim, he responded:

“Even if I wanted to, I never got the opportunity because it happened so fast,” he said.

“Maybe it was a misunderstanding, but I didn’t have the opportunity. I had no intention on hitting on Kim Kardashian. I am happily married. I got enough problems in the world and three young kids, so that was not my intent.”