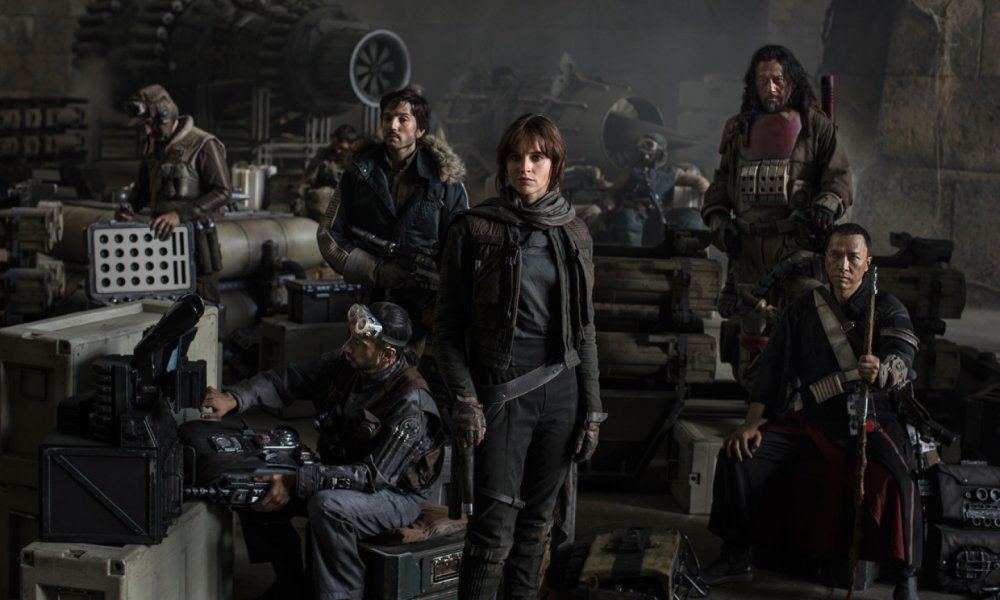 This December, the Star Wars Cinematic Universe is going to get a little bit bigger as the first of several companion films are released. The first in the series, Rogue One: A Star Wars Story, follows the brave crew that risked their lives to supply the rebellion with the plans for the first Death Star (you know, the plans that provided Luke Skywalker the info he needed to cause that sweet explosion at the end of A New Hope). The first trailer for that tale was released a few hours ago.

Starring The Theory of Everything’s Felicity Jones, Rogue One will follow an intrepid young woman as she embarks on a journey to aid the ailing Rebellion. As she ventures deeper and deeper into the belly of the Empire, she’ll be forced to confront her own morality … and a buttload of stormtroopers. Jones will be aided in her quest by a phenomenal supporting cast including Forest Whitaker, Mads Mikkelsen, Ben Mendelsohn, Diego Luna and Alan Tudyk.

The movie is being directed by Gareth Edwards, the man behind last year’s excellent Godzilla reboot, from a script by Chris Weitz, the writer of About a Boy. One can only hope that Weitz’s addition to the film will allow for a little bit of comedy during the story’s inevitably grim proceedings. After all, in Star Wars lore, the mission to recover the plans for the Empire’s most powerful weapon suffered heavy casualties.

We’ll find out who lives and who doesn’t this December 16, when Rogue One: A Star Wars Story hits theaters just in time for the holidays.

Check out the teaser trailer here: