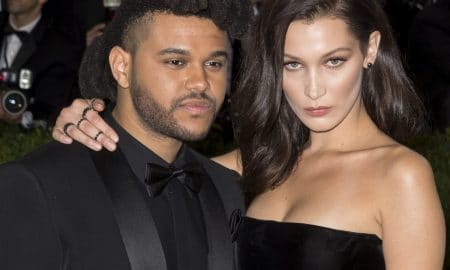 Less than 24 hours after FOX chose to cancel Andy Samberg’s cop comedy Brooklyn Nine-Nine, an outpouring of public support for the show may save its life. According to Vanity Fair, more than one outlets are vying for the opportunity to get the series saved.

From the moment FOX announced the impending demise of Michael Schur’s workplace comedy, the public reaction was severe. People from all walks of life took to the nearest social media outlet to express their outrage.

If some kindly network doesn’t #SaveBrooklyn99, my kids and I lose OUR show – and the epic, timeless romance of Jake Peralta and Doug Judy

In just a few short hours, the Brooklyn Nine-Nine’s cancellation became the top trending topic on Twitter. The sorrow was so pronounced even people who haven’t had a chance to see the series felt the sting of its loss.

I haven’t had a chance to watch #BrooklynNineNine but I’ve never seen so many people, from so many different communities, upset about a cancellation. This has to be a currency worth considering, no?

Streaming service Hulu, the savior of all beloved series, was quick to express an interest in renewing Brooklyn Nine-Nine for a sixth season. They’re already streaming the entire series, and they have a connection to Brooklyn Nine-Nine’s parent company Universal TV.

In spite of that advantage, Hulu is seeing competition from some heavy hitters like Netflix, NBC, and TBS. Each of these networks has a connection to Brooklyn Nine-Nine, which means Hulu’s claim to the series’ future isn’t certain.

It’s been a while since good, old-fashioned public outrage was able to save a beloved show from the scrap heap, so it’s always nice to know that public opinion can still be called upon in times of true need.