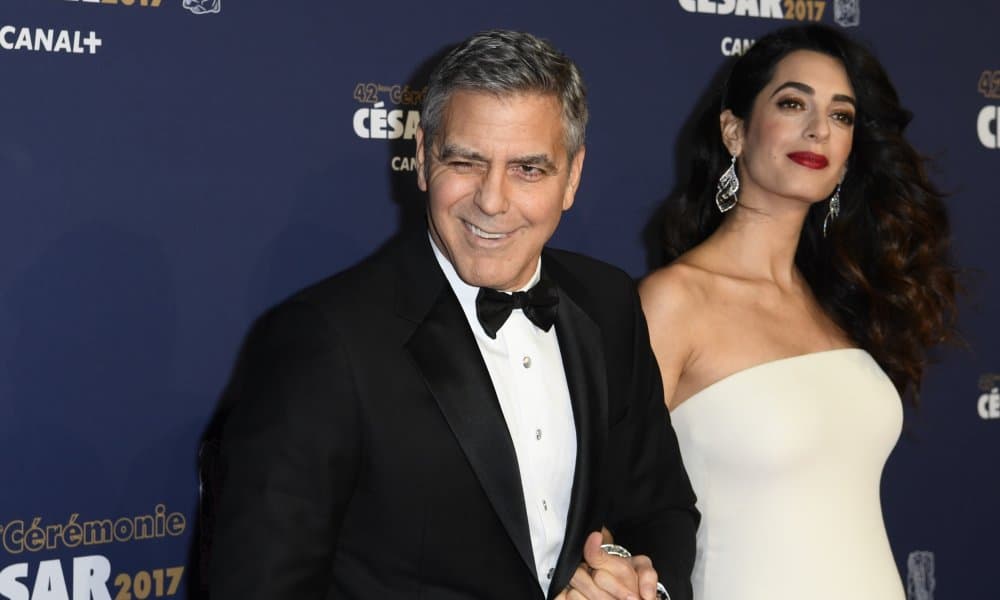 George and Amal Clooney just made a very pro parent move. The two took a flight to England with their twin babies and decided to hand out noise cancelling headphones in courtesy to the other passengers on the plane. The headphones came with a personalized note asking for forgiveness in advance if 6-month-old twins Alexander and Ella happened to cry on the flight.

The headphones were custom made and featured the Casamigos tequila logo, a company that Clooney co-founded with Rande Gerber. A source said that director Quentin Tarantino was one of the passengers who gladly accepted the headphones as a precaution, but that “the babies didn’t even make a peep.”

Interestingly, George and Amal didn’t exactly plan on having children before they got married. Their reasons were doing so ended up being partly related to generosity and the urge to share the success that they created independently as well as together.

“We didn’t plan on it. We never even talked about it until after we were married, which is funny. There was an assumption we didn’t want them. And then, after the wedding, Amal and I were talking and we just felt we’d gotten very lucky, both of us, and we should share whatever good luck we’ve got. It would seem self-centered to just have that belong to us.”

Rande Gerber actually shared another story recently that demonstrated that generosity that Clooney maintains. He said that George planned a dinner for his closest friends, a group that they call ‘The Boys.’ Upon arrival, George went into speech mode and surprised them all in a major way.

“I came to L.A., I slept on your couch. I’m so fortunate in my life to have all of you and I couldn’t be where I am today without all of you. So, it was really important to me that while we’re still all here together, that I give back. So I want you all to open your suitcases,’” Clooney said, according to Gerber. “We open it up, and it’s $1 million dollars in $20 bills. Every one of us – 14 of us – got $1 million. Every single one of us. We’re in shock.”