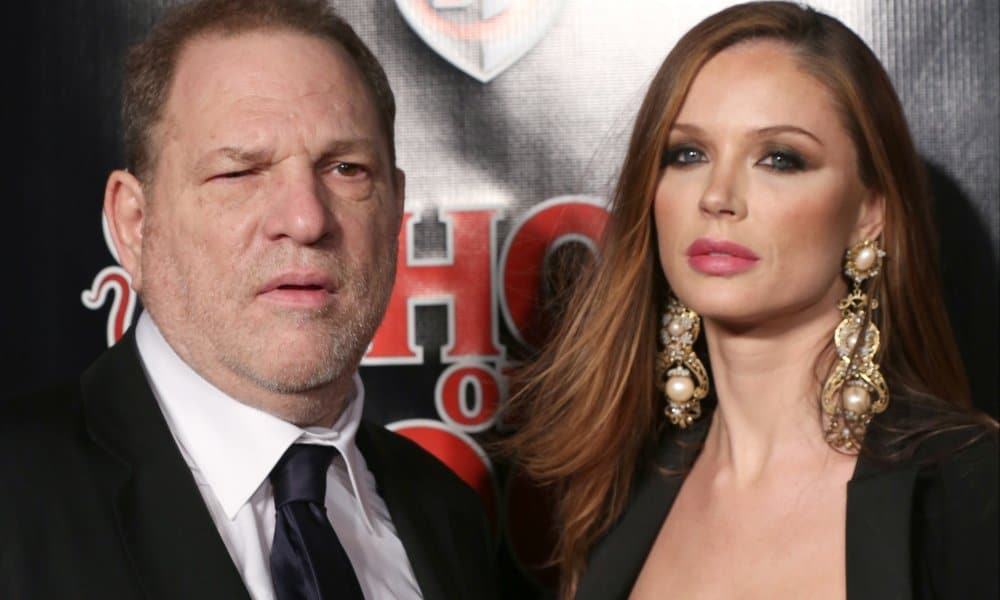 Georgina has been spotted for the first time following her split from Harvey Weinstein. The 41-year-old fashion designer was not wearing her wedding ring when she was snapped out and about in England.

Georgina and Harvey split up as soon as the sexual misconduct allegations came out against him. Sources have said that the two are not on speaking terms, but that they are both communicating with their daughter Remy. Weinstein released a statement earlier in the month about the breakup.

“I sat down with my wife, Georgina, who I love more than anything, and we discussed what was best for our family. We discussed the possibility of a separation and I encouraged her to do what was in her heart. In the end, she made the decision to separate. I understand, I love her and I love our children and hopefully, when I am better, I will be in their lives again. I support her decision, I am in counseling and perhaps, when I am better, we can rebuild.”

Weinstein reportedly went to a rehab program in Arizona for sex addiction. The Meadows is the same treatment center where Kevin Spacey is currently receiving treatment, and it has also welcomed celebs such as Selena Gomez, Kate Moss, and Rush Limbaugh.