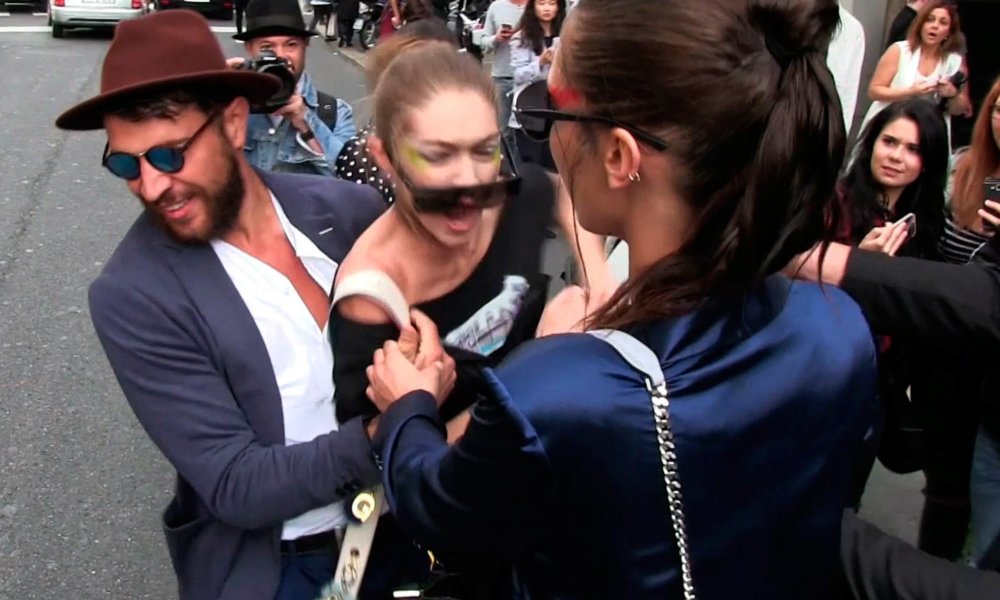 Model Gigi Hadid was attacked by a male stranger when she was leaving the Max Mara fashion show in Milan. Gigi was with her sister Bella at the time, when a stranger managed to come up and grab her from behind as well as lift her up into the air.

Gigi managed to get out of his grip by using her fists and elbows to throw some blows, while Bella tried to release his grip on her. When she got out of his arms he ran and Gigi tried to run after him, but at the point the security team held her back.

She was ultimately fine although probably shaken up, and surely she had some words for her security team who allowed the incident to take place. The man who assaulted her is thought to be internet prankster Vitalii Sediuk, and after the incident Gigi took to Twitter to defend herself for taking physical action against him.

“I am a HUMAN BEING and had EVERY RIGHT to defend myself. How dare that idiot think he has a right to man handle a complete stranger. He ran quick tho…”

Earlier in the day Gigi was hosting a Max Mara event that was being held inside of their flagship store.