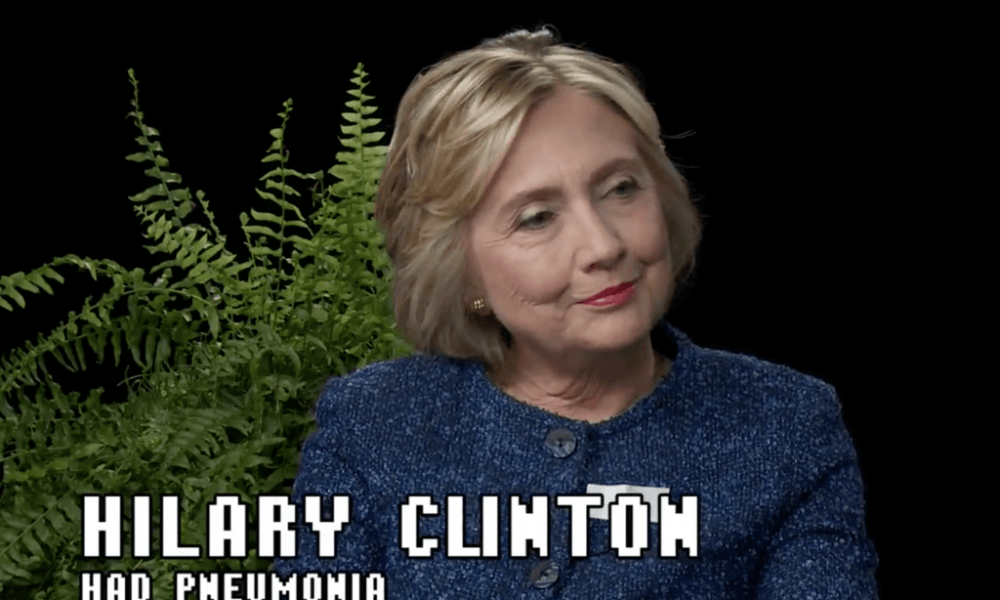 Hillary Clinton agreed to sit down and do an interview with Zach Galifianakis for his show Between Two Ferns, although immediately the presidential candidate joked that she regretted the decision.

The interview happened on September 9, right after Hillary was diagnosed with pneumonia. Zack of course has plenty of jokes about Donald Trump, which Hillary lightheartedly went along with.

Zack also brought up the fact that Hillary attended Donald’s 2005 wedding to Melania, and used the opportunity to highlight the incident at the Republican National Convention where Melania seemed to plagiarize one of Michelle Obama’s speeches.

“When you went to Donald Trump’s wedding, did he write his own vows? And did Michelle Obama write Melania’s.”

The move towards accepting interviews like this one that might be considered a bit less traditional is a specific campaign move led by Hillary’s deputy communications director Kristina Schake. She is not the first to sit down with Zach with those intentions in mind. Current president Barack Obama did the same thing when he was addressing the Affordable Care Act.

If Hillary wins the election she will of course make history as the nation’s first president, but Zach also joked that “for a younger, younger generation, you will also become their first white president and that is pretty neat, too.”

He also poked fun at her email scandal, and said that her pantsuits make her look like a “librarian from outer space.”