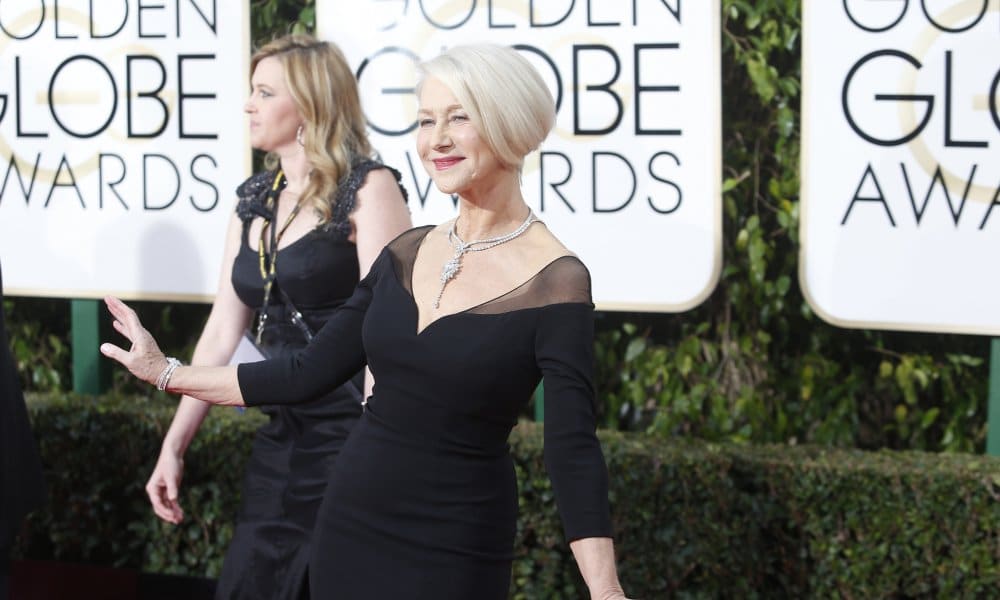 At this year’s Golden Globes you can expect to see the actresses in attendance wearing all black, both nominees and presenters. The move is to honor the #MeToo movement and protest all of the sexual harassment and assault that until now was running wild in the entertainment industry. Suddenly there is a very active dialogue about gender inequality and everyone is trying to use the moment to continue moving things forward. Part of that includes being seen for accomplishments outside of the way they look.

It’s long been an annoyance to females on the red carpet that they are almost exclusively asked about their outfits while men are more likely to be asked about their work. Documentary filmmaker Jennifer Siebel Newsom, who’s the founder and CEO of The Representation Project urges people to follow the #AskHerMore concept. The idea behind it is to remind reporters and journalists to ask actresses about more. But asking more is urged to not be at the expense of fashion. It’s just a reminder that looks are only a part of the equation.

“AskHerMore is fundamentally about treating women as full human beings rather than objects. And I think #MeToo is about the same thing. I hope red carpet interviewers ask about the power the media has to make a difference in the world, how those involved in creating it can set a better example and the importance of broadening who gets to have a say in creating that media. For instance, the Golden Globes nominated five white men in the director category. White men are not the only people making good films. They are just the ones being recognized. Let’s talk about that on the red carpet.”

The news about the Golden Globes news follows a Wednesday announcement that only women would be presenting at this year’s Screen Actors Guild Awards.