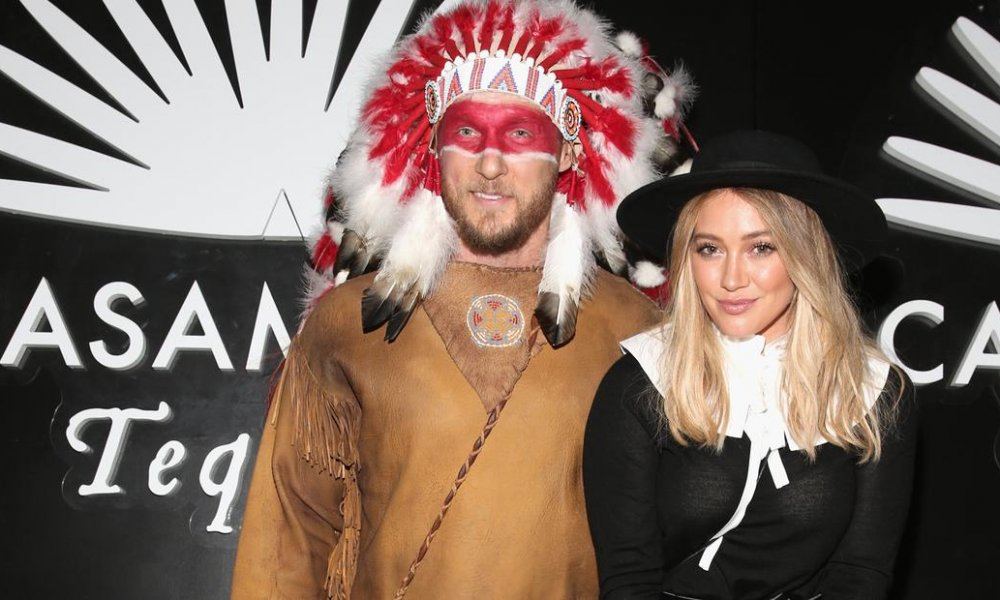 Hilary Duff caused quite a stir when she dressed up as a pilgrim for a Halloween party on Friday night. Her boyfriend and trainer Jason Walsh dressed as a Native American with a headdress and face paint.

Hilary posted a quote to her social media apologizing, which said:

“I am SO sorry to people I offended with my costume.It was not properly thought through and I am truly, from the bottom of my ❤️sorry.”

Jason also issued an apology of his own.

“I meant no disrespect. I only have admiration for the indigenous people of America. In hindsight I would not have made that decision. I apologize to anyone I may have offended.”

It seems like every year there’s at least one celebrity who makes a costume choice that’s seen as inappropriate and ends up getting a lot of backlash. Dressing up as a Native American is a frequent one that gets called out, as is anyone wearing blackface as a part of their costume.

Their appearance on the Halloween party was the first time that the two have stepped out since officially announcing that they are a couple.