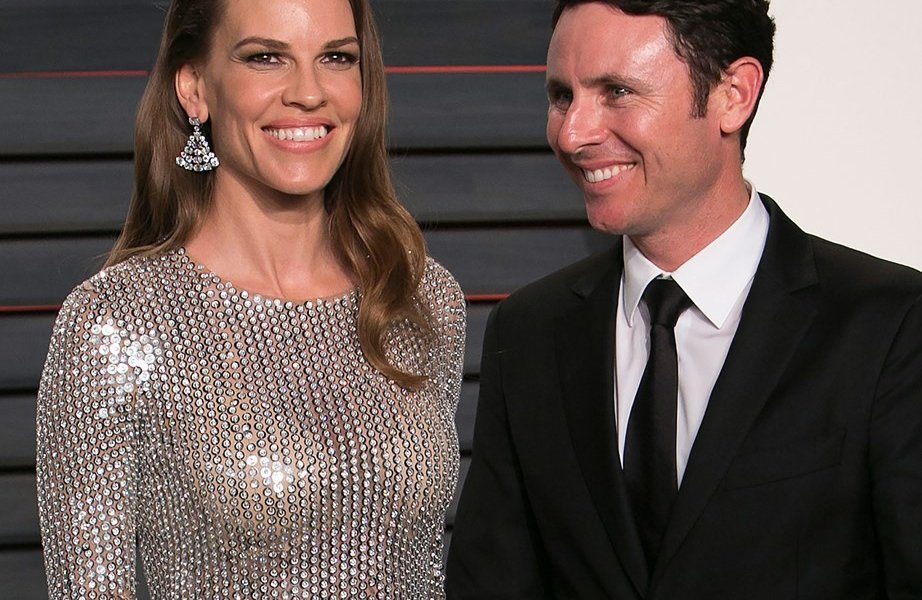 Hilary Swank has officially announced her engagement to former tennis player Ruben Torres after about a year of dating.

Hilary posted the news on Instagram with a photo of the two of them and the beautiful new ring. She captioned the photo:

“Went on a hike and this happened! I am so happy to announce the engagement to my dear Ruben.”

Went on a hike and this happened! I am so happy to share with you all this exciting and incredible news… the engagement to my dear Ruben!!! #Engaged ???

A source said that Ruben proposed at the BNP Paribas Tennis Open in Palm Springs. On Saturday the two were spotted looking happy following the engagement at one of the official parties for the event which was sponsored by Moët & Chandon.

On Sunday Hilary was seen wearing the ring at the BNP Paribas Open tennis tournament in Indian Wells. The ring is a vintage style with a gorgeous emerald as the main stone, surrounded by a halo of classic diamonds.

Hilary and Ruben were first linked as a couple in July and made their red carpet debut in December at a party hosted by DuJour Magazine for Art Basel in Miami.

After Columbian born Ruben stopped playing tennis professionally in 2008, he switched over to coaching the sport and also works as a wealth manager for UBS Financial Services.

This will be Hilary’s second marriage, following her first to Chad Lowe which ended in 2007 after ten years together. Hilary has been open about the fact that Chad’s substance abuse was at least part of the strain in their relationship.

“I don’t want to make it seem like that’s the sole reason; there were other factors. But that just kind of blew it open. It made me look at things a lot deeper. That’s when you realize it’s not going to work.”