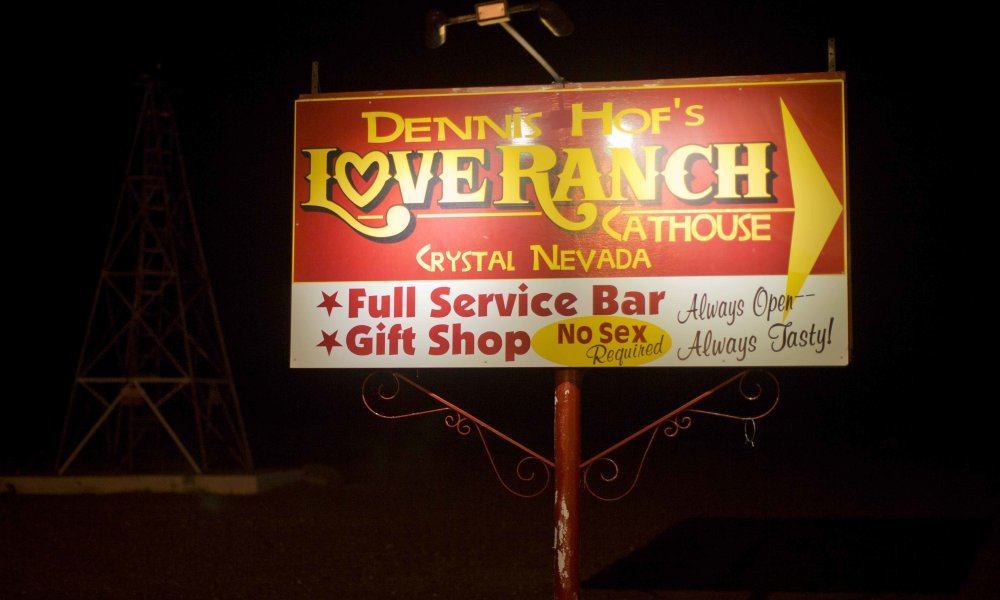 Lamar Odom apparently racked up a $75,000 tab on his three-day visit to a Nevada brothel before collapsing on Tuesday afternoon. The two-time NBA champ lies fighting for his life in a coma in Las Vegas’ Sunrise Hospital, where he has been given 50-50 odds of pulling through. While we all wait and hope for a positive outcome, we can’t help but wonder, what exactly did he get for his money at the Love Ranch?

The Love Ranch is a legal brothel in Crystal, Nevada, which provides sexual services for its clientele. There are about 19 bordellos in Nevada, the only state in America where prostitution is legal. All sex workers are regularly tested for STDs and pay taxes. Owner Dennis Hof, nicknamed “The PT Barnum of Booty”, bought the business in 1993, and owns seven brothels in total, including the Moonlight BunnyRanch which was featured in the show Cathouse, which ran from 2002 to 2014 on HBO.

With several locations, the 68-year-old Hof claims to have “over 500 ladies licensed for your pleasure.” At any given time, forty to fifty are working at the Love Ranch. In various interviews, he has boasted that a lot of celebs have come to his ranches, including politicians “right to the top of the political food chain.” He said in a Reddit interview, “That’s why we have blacked out limos, private entrances, and a helicopter pad.”

Hof emphasizes it’s not just about paying for sex, it’s more about “giving the guy a party” and “doing things that he wouldn’t think of doing.” The website states there is no set price at the Love Ranch. “Each girl is an independent contractor and therefore establishes her own services and pricing. Legally, we cannot quote prices, but all the prices are reasonable and negotiable. The ladies work with all budgets.” However, a Yelp reviewer revealed that standard fees generally start at $500 to select a girl and take her to a private room.

Hof said that the hoopster called on Saturday to arrange for a driver to pick him up from his Vegas home, saying “He just wanted to get away, have a good time, and relax.” Odom apparently stayed in a secluded 1,500-foot, three-bedroom VIP suite in Hof’s adjoining house, where he had the exclusive services of two blond prostitutes named Ryder Cherry, 25, and Monica Monroe, age unknown. That price guaranteed the two women would “take care of any of his needs,” said Hof.

The bisexual Cherry is listed as one of the “Top Lover[s] of the Month” and a “star attraction at the wild and crazy Love Ranch.” She provides GFE services, a “girlfriend experience” where she is open to kissing, hugging, talking and enjoying a meal together, not just physical sex. Monroe has no written bio on the Love Ranch site, but the Daily News says she had a degree in Chemistry.

Richard Hunter, a spokesman for the Love Ranch, says “The girls said he was a generous guy. He was polite and reserved.”

Odom did, however, make an odd request – something most unusual to ask for at a brothel. “My biggest concern in retrospect was that he asked to be left alone Monday night,” said Hunter. “He spent the night alone.”

He added, “The girls said, ‘See you when you wake up.’ So in nine to 12 hours, the girls went into the room and found him.” They returned to the room on Tuesday at 3:15 pm and found him unresponsive.

While the establishment claims to have a zero tolerance policy on drugs, conflicting reports imply that Odom may have been doing cocaine and other drugs over his three day binge. He apparently arrived with some cocaine in his system. He also drank from a bottle of cognac and took up to 10 tabs of herbal Viagra while there. However, the Daily Mail reports that doctors found “every drug imaginable” in the basketball star’s system and needle track marks on one of his arms. Love Ranch employees who called 911 said that when they found Odom on Tuesday, he was lying on his side with a pinkish frothy fluid flowing from his nose and mouth, which could indicate a drug overdose.

“You know it’s easier to do drugs, say at a hotel,” Hunter said. “Here I can tell you he would have to have been alone to do anything because our girls would never let anyone do drugs in front of them.

“Now, I’ll say, we aren’t strip-searching, and if you had something on your person, we might not know about it, but if we see it, we have to report it. And our girls never saw anything,” Hunter said.

But, he admits, Odom “was in a VIP suite, which affords privacy and affords a lot of opportunity.”

Hof told US that Lamar “gave the girls $75,000 but he planned on being there a long time, at least five days. He called and wanted me to come down, we were going to have [a] little birthday party for me, so it would have ended up being like 10 days by the time he left.”

Tragically, he spent all that money to ensure a private escape, and now he’s the subject of a media storm. Here’s hoping he pulls through this health crisis.