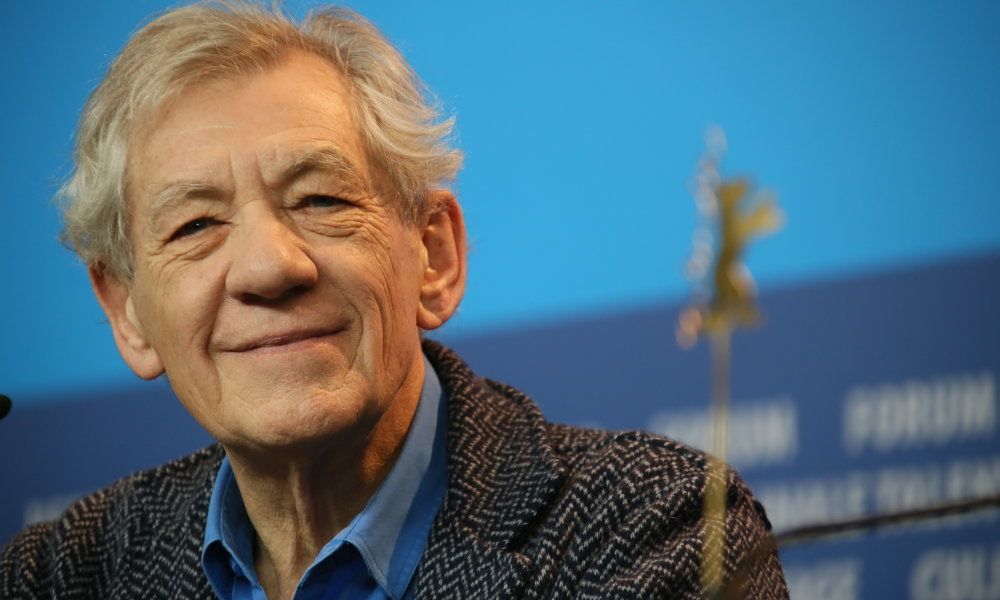 Even as he makes headlines for more controversial views, famed actor Sir Ian McKellen is continuing to celebrate the art form that made him famous. The openly gay actor, LGBT activist, and super cool Magneto has been all over the place in the past 24 hours, first garnering attention for his contribution to the #OscarsSoWhite controversy, then by announcing the coolest freaking bus tours ever unleashed on the theatrical community.

First, the drama. As the Academy Awards loom, several stars including Jada Pinkett Smith and Spike Lee have spoken out about the lack of diversity among the Oscar nominees. For a second year in a row, for example, all 20 acting nominees are white folks. In an interview with The Guardian published yesterday, McKellen, who has been nominated twice, first as a Lead Actor for his role in 1998’s Gods and Monsters and once for Supporting Actor his role as Gandalf in 2001’s The Fellowship of the Ring, said that he felt the issues in Academy voting went beyond the issues of race, saying, “No openly gay man has ever won the Oscar; I wonder if that is prejudice or chance.”

When it was pointed out that a host of actors have either taken home statues or achieved critical acclaim for playing gay men, McKellen quipped, “How clever, how clever … What about giving me one for playing a straight man?”

Fortunately, McKellen’s lack of respect in the awards arena hasn’t impacted his popularity with fans both straight and gay. Whether you love yourself some superheroes, some sprawling adventures, or just, plain good art, McKellen’s announcement this morning will make your day. To celebrate the British Film Institute’s Shakespeare film season, the acclaimed actor will be leading some incredibly lucky fans on a bus tour of London.

The planned tour will visit some of the shooting locations for McKellen’s starring role in the 1995 adaptation of Richard III, which updated the Bard’s classic tale to a dystopian fascist England. The tour will combine stops at the sites with movie footage from the film along with McKellen’s charming presence.

As McKellen told the Telegraph, “I have always thought it might be fun to take a bus tour around the sites of London, where you could watch snippets of the film. I would want to be tour leader.”