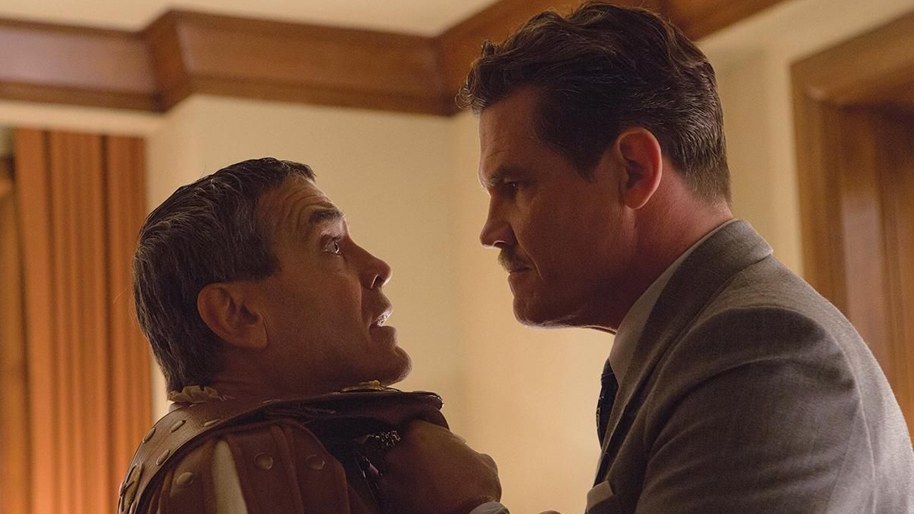 After 2013’s straight-laced Oscar bait Inside Llewyn Davis it was only natural that the Coen brothers dip back into the throwback screwball comedy that marks the other half of their oeuvre. This time around, Joel and Ethan Coen have actually traveled back in time to the Golden Age of Cinema for Hail, Caesar! The film, which follows the exploits of dour Hollywood fixer Eddie Mannix (Josh Brolin) as he navigates the days of the Red Scare, is receiving the expected mediocre to positive review, you know, because the Coen’s brand of comedy is well-crafted but also kind of boring (Raising Arizona excepted).

At any rate, while Hail, Caesar! is technically Josh Brolin’s show, Clooney is the one pulling in headlines. And as expected, Clooney is using that spotlight to draw attention to his latest pet cause, as he explained to reporters at the film’s premiere press conference he had planned a meeting with German chancellor Angela Merkel to discuss refugees … because Angela Merkel is just waiting for George Clooney to add his two cents to the whole international quagmire.

Sure, it’s great that Clooney uses his notoriety to draw attention to topics people were already paying attention to, yet there’s just something kind of smug and insincere about the celebrity’s behavior.

Perhaps that’s why it’s so funny when Josh Brolin proudly proclaims that one of the best moments in the film was the scene (this scene, in fact) in which he got to repeatedly slap Clooney across the face.

As Brolin told reporters, “It’s something that everybody’s wanted to do at some point in their lives. All the women who felt like they were losing out, and all the men that hated him because he was so handsome…” Then looking straight at the cameras and journalists, he added: “I did it for all of you.”