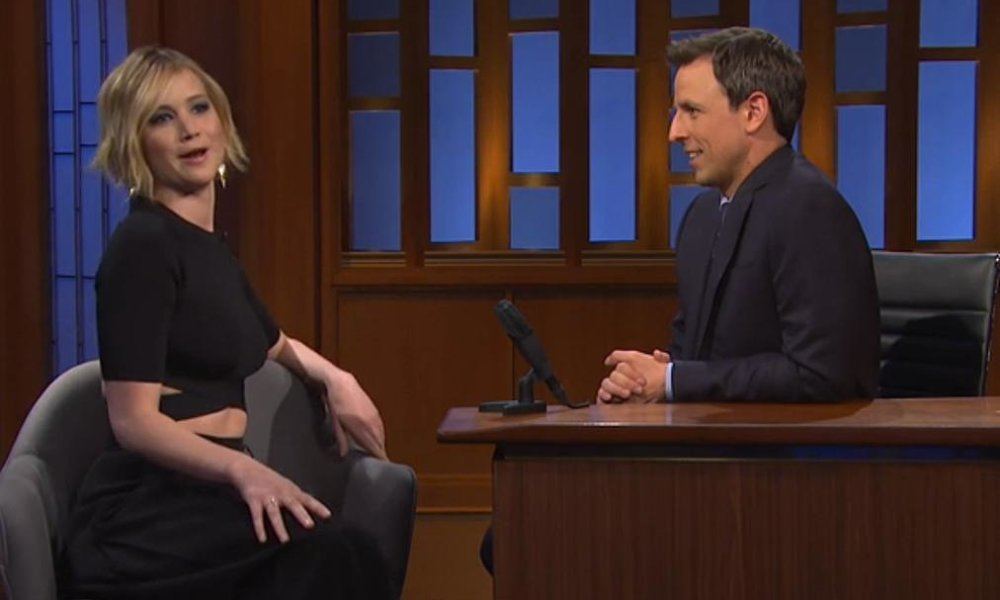 This week Jennifer Lawrence stopped by NBC’s Late Night show, where she made a personal confession to the host. Apparently Jennifer Lawrence used to have a crush on Seth Meyers, and at this point she felt like it was the perfect news to share.

Jennifer admitted that she used to daydream about having a relationship with him. She said:

It wasn’t until she revealed her plan in a wardrobe fitting than someone burst her bubble with the news that Seth was already engaged to be married to his now-expecting wife Alexi Ashi.

Seth had a great response to the story.

“It’s safe because it worked out. I married that lady.”

Seth isn’t the only extreme crush Jennifer Lawrence has fantasized about either. She also admitted that she had a thing for Larry David, and that she recently texted Amy Schumer:

“I have so many sexual and boyfriend/marriage feelings for Larry David. I feel like I’m going to be sick.”

She never fails to amuse or surprise us.