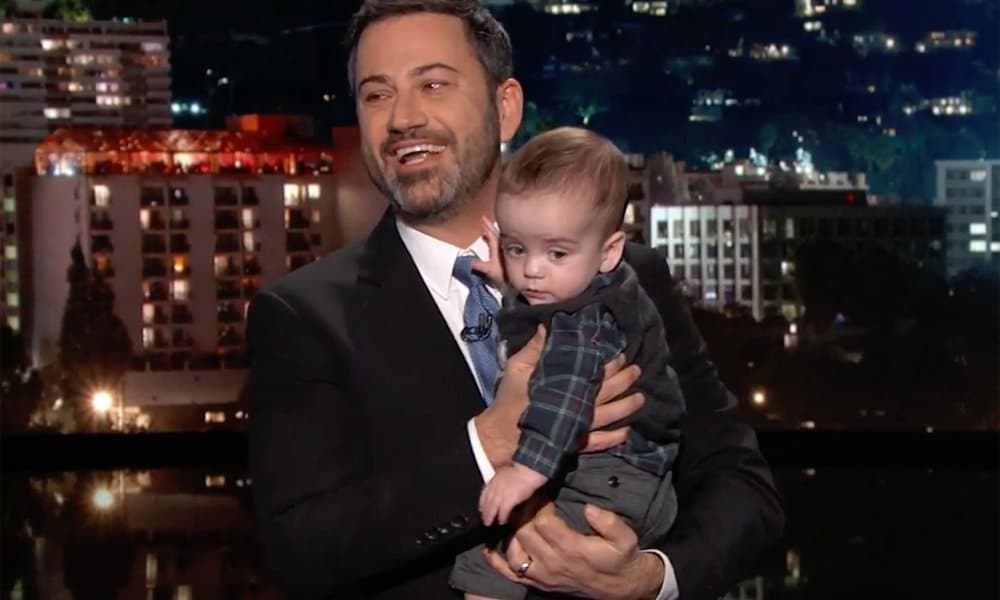 Jimmy Kimmel returned to host Jimmy Kimmel Live on Monday night after taking some time off to be with his son Billy as he underwent his second heart surgery. Upon returning, Kimmel actually brought baby Billy along with him to introduce to the audience.

“Hi, I’m Jimmy. This is Billy. He’s fine everybody. He may have pooped, but he’s fine.”

Part of the reason that Kimmel brought his son along was to call attention to the state of healthcare. He thanked the staff at the Children’s Hospital in Los Angeles but also pointed out that federal funding has run out for the Children’s Health Insurance Program (CHIP). If Congress does not move soon to continue supporting the program, over a million children from lower-income areas will lose their health insurance.

In some states, the funding has already run out. Letters are being sent out to the parents of kids with cancer, diabetes, and heart problems that their coverage will no longer be active. Naturally, as a parent with a child who needs medical care and surgeries, Kimmel is aware first hand of how stressful that can be even in the best of circumstances. Kimmel is asking for people to pay attention as well as take action.

“What could be more disgusting than putting a tax cut that mostly goes to rich people ahead of the lives of children? If these were potato chips they were taking away from us, we would be marching on Washington with pitchforks and spears right now.”

Kimmel has discussed health care a few different times since announcing his young son’s first heart surgery in May.