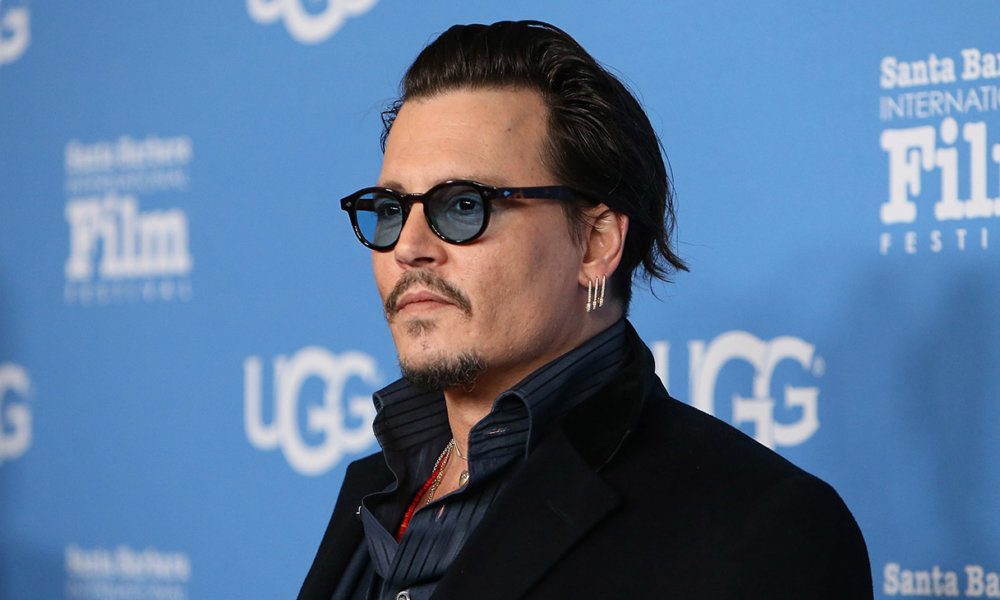 Johnny Depp is in the middle of an intense divorce drama with Amber Heard, but apparently he isn’t too upset about things because he’s been spotted partying with another woman. Johnny was spotted with an unidentified brunette at the Grand Hotel’s bar in Stockholm, Sweden.

Johnny is currently in Sweden as a stop on the European tour with his band The Hollywood Vampires. A source shared the following details about his night:

“The brunette…was embracing Johnny’s shoulder when he talked to members of the band. They stood really close and talked for a long time at the bar. They seemed to have a good time. She was standing next to him the whole time I saw him at the bar. The brunette was there with a couple of friends, but Johnny only talked to her. He seemed to enjoy her company.”

Meanwhile it has been announced that Amber Heard will be giving a statement to the LAPD about the alleged attack that supposedly included Johnny throwing an iPhone at Amber’s face. Some say she did not file a report at the time of the attack in an effort to protect Johnny’s privacy, while others claim the story is coming out now to help her gain more money in the divorce as the two did not sign a prenup.

The band’s drummer Matt Sorum has confirmed that Johnny is doing fine at the moment.

“We had a great night here in Stockholm. Everyone enjoyed themselves – Johnny is doing fine as well.”