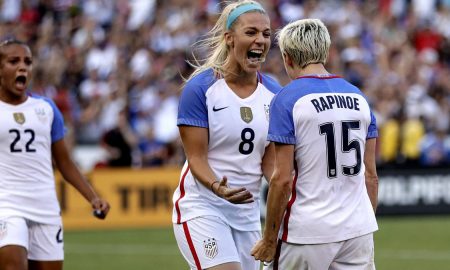 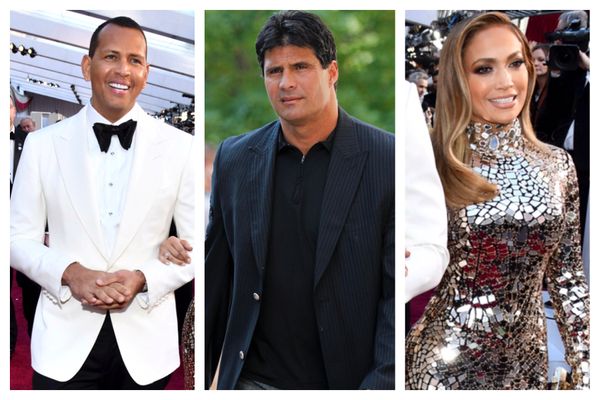 Just in case you haven’t heard the news – Alex Rodriguez proposed to Jennifer Lopez over the weekend with a gigantic rock, and she said “Yes!”

The former New York Yankees star proposed during a tropical vacation in the Bahamas with a massive 15-carat emerald-cut ring that jewelry experts estimate cost upwards of $5 million! This is the fifth time Lopez has been engaged, but we’re really rooting for this duo who’ve been dating for just over two years.

But, just as the newly engaged pair should be celebrating, nasty rumors are beginning to circulate regarding A-Rod’s fidelity.

Former designated hitter Jose Canseco took to Twitter and began accusing Rodriguez of cheating on Lopez with his ex-wife, Jessica Canseco. He also challenged A-Rod to an MMA fight and offered to take a polygraph test.

Canseco tweeted: “Watching World of Dance watching J.Lo text Alex Rodriguez little does she know that he is cheating on her with my ex-wife Jessica poor girl she has no idea who he really is, I was there a few months back with her when he called her on her phone. Alex Rodriguez stop being a piece of shit stop cheating on Jennifer Lopez…I am willing to take a polygraph to prove that what I’m saying about Alex Rodriguez is 100% accurate.”

Canseco also accused Rodriguez, back in 2008, of trying to sleep with his wife, so this whole thing isn’t exactly new.

We’re not sure what to make of Canseco’s belligerent twitter rant, only time will tell. For now, we wish the new fiancés well.