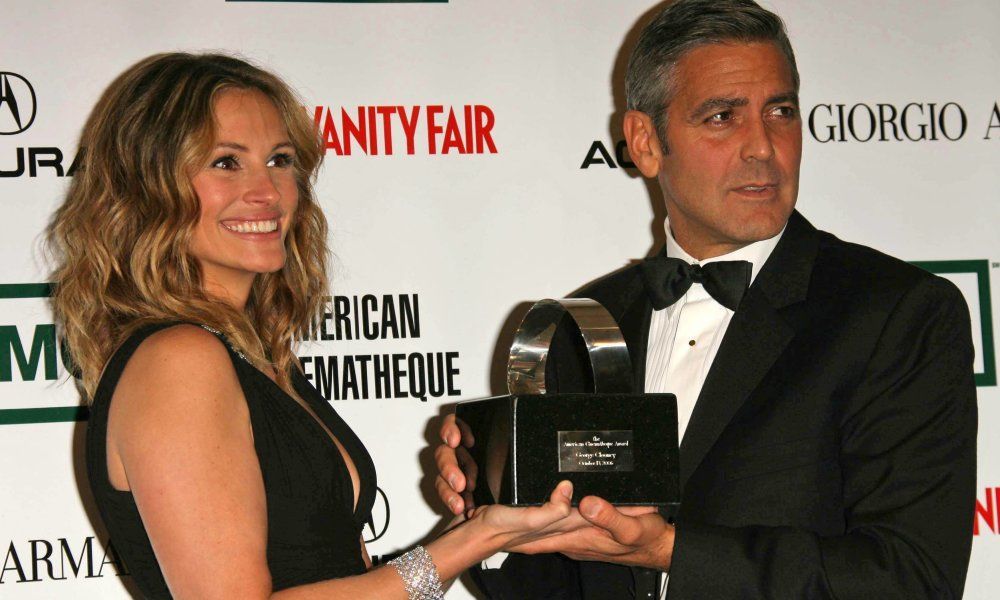 George Clooney is notorious for being a prankster on set, and Julia Roberts has been the receiver of those pranks more than a time or two. The actress recently told E! News that George’s pranking skills are getting better with time, and she associates that with his marriage.

In September, George had his one-year anniversary of being married to Amal Clooney, and apparently marriage is working its magic on him.

Julia explained that marriage leads to a sort of evolving.

“When you get married, you don’t change. You just become the evolved fabulous person of who you are. That’s what your person does – you just create the extreme wonderful insides…that’s really sappy.”

Roberts would not, however, disclose the details about the most recent prank that she was hit with on the set of their upcoming film, Money Monster.

Last year Julia had mentioned that her Hollywood buddies went easy on the pranks while she was pregnant.

“At George’s house, I remember walking down this path pregnant with Phinn and Hazel and turning the corner, and all the boys were sitting at the table having lunch. They were like, ‘Oh, come sit down.’ I wasn’t allowed to walk the stairs. It was such a sweet shift in our relationships because originally, it was all pranks and teasing each other. And here I am pregnant, so it’s like pulling out my chair and just making sure I have enough water and, ‘Are you feeling okay? You look a little peaked.’ ‘I’m fine.'”

Guess things are back to normal.