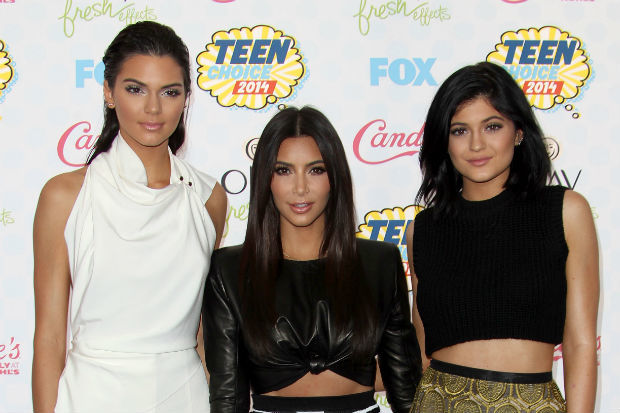 The legal team backing the Kardashian clan have issued a warning to aleXsandro Palombo, a contemporary artist working on a campaign aimed at shining a light on domestic abuse. The project, entitled No Woman Is Immune From Domestic Violence is a shocking exercise in Photoshop magic in which a series of high profile celebs are mocked up to look like they just had a late night encounter with Chris Brown.

Other celebrities who’ve gone under the macabre makeover include Miley Cyrus, Madonna, Gwyneth Paltrow, Emma Watson and Angelina Jolie (though, come on, that’s a bit of a stretch … nobody hits Angelina). According to TMZ, the images were lifted from last year’s Valentino Fashion Show in Paris, which are commercially available. Unfortunately for Palombo, neither Kim Kardashian nor Kendall Jenner approved the use of their photos in the campaign and now their litigators are having a word with the artist and activist. There’s no indication that they’ll pursue any punitive measures at this point, though. Things are still in the warning phase.

There’s no word on whether Palombo stole the images wholesale or if he paid the commercial fees for them, though, to be honest, you’d think that for a public service art project like the No Woman Is Immune From Domestic Violence campaign, it wouldn’t really matter.

While it’s not our place to render a judgement here, we will point out that the Kardashian camp’s apparent annoyance is the only instance of celebrity agitation surrounding the project, at least at the moment. So, it seems that none of the other celebrities used in the project seem to want to have their images removed (or maybe their legal teams are just more discreet). Take that for what you will.