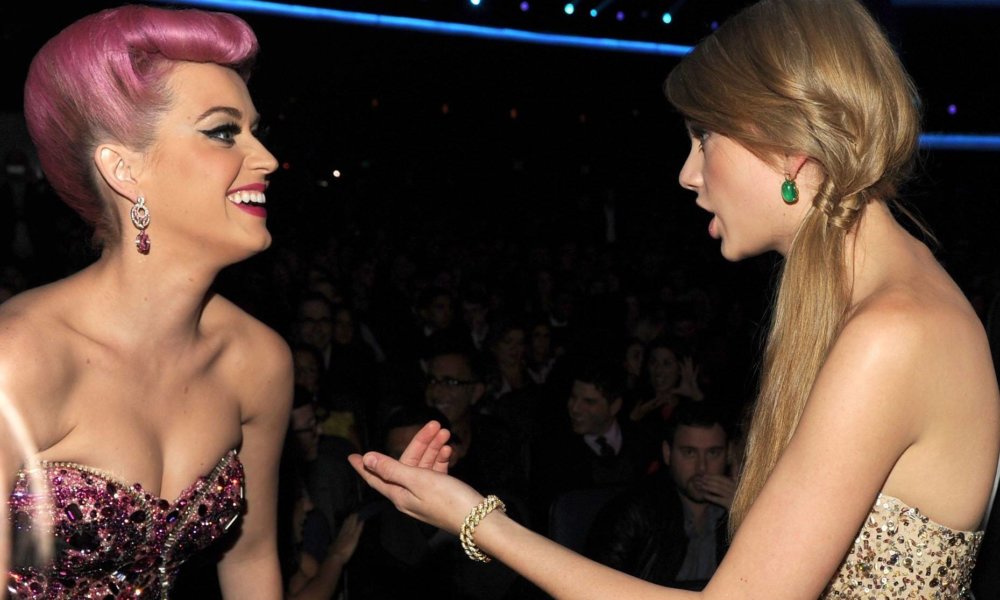 It’s no secret at this point that Katy Perry is one of the people in the entertainment industry who has some beef with Taylor Swift, and now she’s made it clear that Taylor should be the one apologizing.

On Saturday Katy did a Twitter Q&A session where she asked if she would ever collaborate with Taylor. Katy responded:

“If she says sorry, sure!

Even Taylor’s ex Calvin Harris has mentioned that beef with Katy when he went off on a rant of his own after their breakup. Calvin alluded also alluded to the fact that Taylor was the guilty party in that situation.

“I know you’re off tour and you need someone new to try and bury like Katy ETC but I’m not that guy, sorry. I won’t allow it.”

Taylor on the other hand, maintains that Katy started the trouble when she stole her backup dancers.

“She basically tried to sabotage an entire arena tour. She tried to hire a bunch of people out from under me..So now I have to avoid her. It’s awkward, and I don’t like it.”

Taylor has also said that she was never certain if they were real friends to begin with.

“She would come up to me at awards and say something and walk away, and I would think, ‘Are we friends, or did she just give me the harshest insult of my life?'”