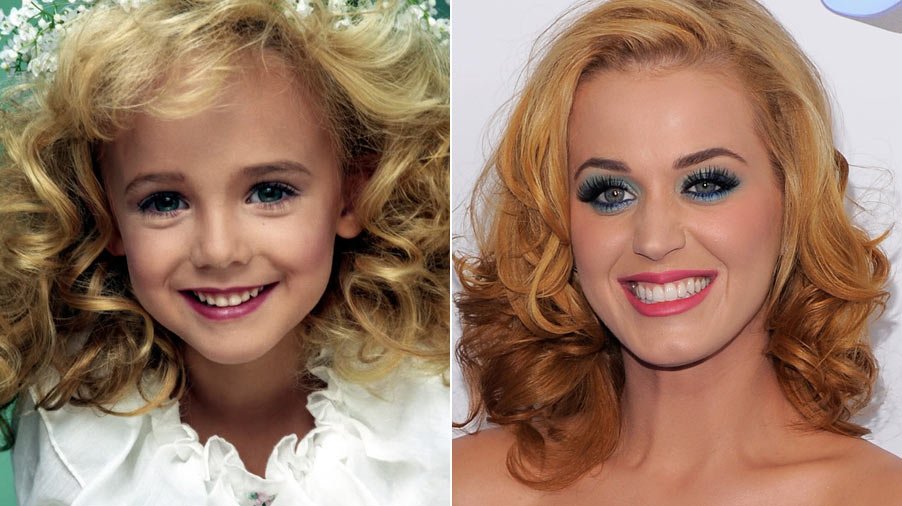 As it turns out, there are people out there who are really operating under the impression that one of the biggest pop stars working today is actually a child pageant star long thought murdered by … someone. You can always tell it’s a slow news day when conspiracy theories of this little magnitude find their way to the front page. It seems like people have grown tired of bashing Trump or pretending to respect Scalia, so, now Katy Perry is JonBenét Ramsey.

If you’re unfamiliar with the case, more power to you. It’s a terrible story in which a 6-year-old beauty pageant contestant from Boulder, Colorado was found beaten and strangled in the basement of her home. Several years of investigations from a variety of government and local agencies yielded nothing but the potential indictment of John and Patricia Ramsey, JonBenét’s parents.

Okay, let’s move through the flimsy evidence of this theory. First and foremost, this theory is a little old. It sprung from the mind of amateur sleuth Dave Johnson, who posted this video on YouTube way back in 2014. Fair warning: if you insist on watching the video, get ready for your daily dose of crazy.

Johnson attempts to prove his point by simply claiming that Ramsey and her parents are basically perfect doubles for a grown up Katy and her parents, Keith and Mary Hudson. Fortunately for the laziest of us out there, Johnson pretty much ruins his own point by showing side-by-side shots of the whole gang. The photos alone prove the guy is a crackpot.

Okay, but here’s the real smoking gun (assuming you’re daft enough to put real stock in this theory). JonBenét Ramsey was born in 1990, when Katy Perry was already six. Funnily enough, the 31-year-old pop star actually provided a picture of herself circa 1990 for her single “Birthday”. That’s one well-developed infant.

So, just in case you haven’t got the message yet, even though there is a slight resemblance, Katie Perry and JonBenét Ramsey really aren’t one and the same. Time to move on to the next crazy conspiracy theory.