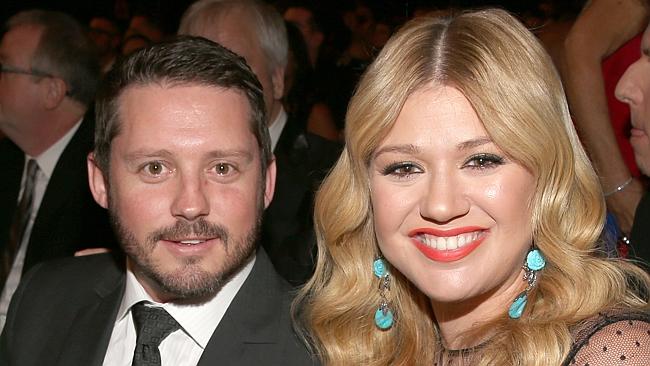 The American Idol alum announced today that she and her husband, Brandon Blackstock, have become parents again for the second time!

Fans may remember that Clarkson made the announcement that she was expecting her second child at a concert back in August at the Staples Center in LA. The Texas native broke down in tears on stage while singing “The Heartbeat Song.”

She admitted that she hadn’t planned to share the news with fans that night. Clarkson said, “I was not planning on announcing this but I’m totally pregnant. I didn’t want you to think I was on pills or something! Everything is great. I haven’t vomited yet, that’s a win!”

Clarkson and Blackstock, who tied the knot in Tennessee in October 2013, already share an adorable (nearly) two-year-old daughter together, River Rose. Today, the couple is happy to announce that they’ve added a bouncing baby boy to their family.

Clarkson tweeted, “Our little baby boy has arrived!! Remington Alexander Blackstock was born 4/12/16 & he is healthy & we couldn’t be happier or more in love!”

Congrats to the beautiful couple!