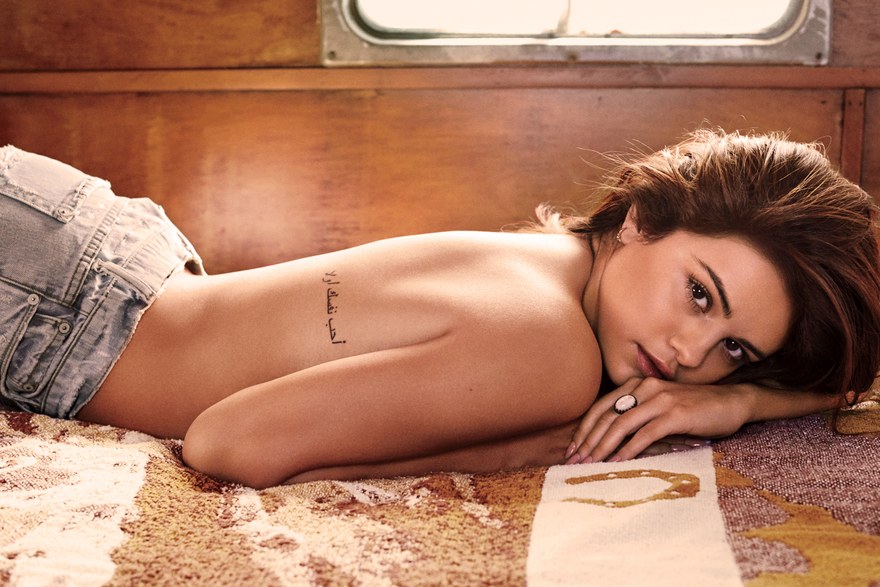 Selena Gomez is GQ’s current cover lady, and the actress/songstress stripped down both emotionally and physically for the spread. There’s the topless and sexy (yet tasteful) photos that showcase her beauty, and then there’s her clearly honest and pretty interesting interview as well.

A lot of what we see of Selena is her success, and then of course constant Justin Bieber references. But it sounds like a lot went on her life over the pst couple years which ended up being the creative drive behind her current album Revival.

Selena famously went to rehab in 2014, later sharing that it wasn’t an addiction treatment move, but because she had been diagnosed with Lupus and was receiving chemotherapy. Also around the same time her mom had a miscarriage, and Selena ended up cancelling a tour to rest. When she got out of rehab she fired her mom as her manager, left the Disney subsidiary record label Hollywood Records, moved out of her mom’s house and into a house with a couple roommates, plus broke up with Justin Bieber.

It’s safe to say the 23-year-old had some emotions to sort through. She also seemed a bit downcast about a lot of the questions she can’t escape due to the level of her fame.

“My past seems to be way more fascinating for people than my future, which bums me out.”

But when asked if she would rather skip forward through this younger learning period of her life she says: