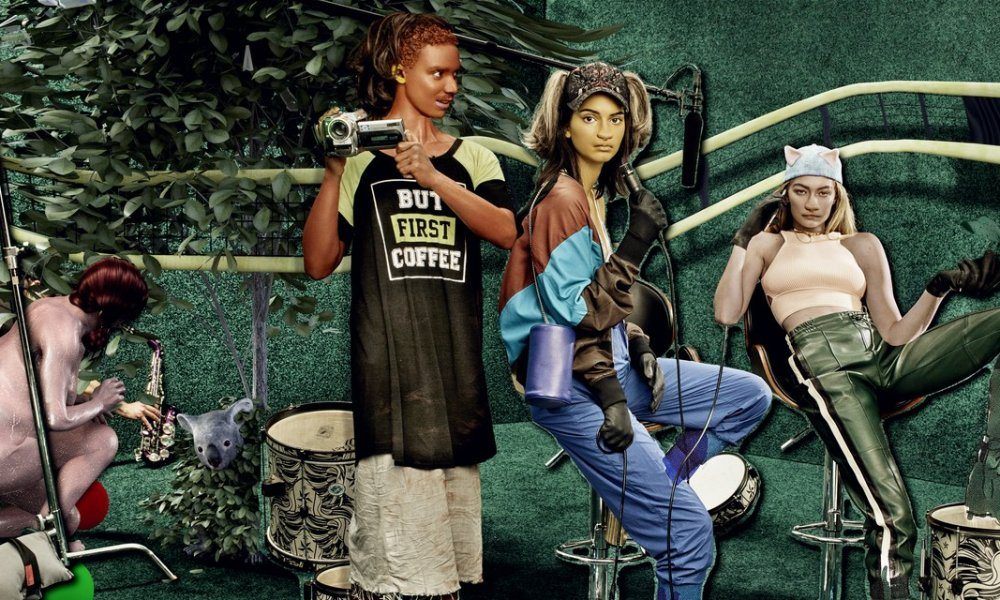 Gigi Hadid and Kendall Jenner were turned into animals with the help of prosthetics, for the 10th Anniversary Art Issue of W Magazine. Artists Lizzie Fitch and Ryan Trecartin were behind the transformation, which turned the girls into “Placebo Pets.”

The concept behind the shoot was turning the girls into domesticated humanoid pets. The artists began with the question: “Who would survive if a superior alien humanoid species came to Earth?” The answer that they came up with was: “The friendliest.”

Ryan spoke to the magazine about their vision.

“There’s a certain power that animals have over us when they respond to us in unexpected, friendly ways. And it’s really them domesticating us almost more than us domesticating them, because they’re training us to want them.

Training and taming something is not one-sided. We created social media, but then it changed us because we interacted with it. It transforms us and transforms the next thing that happens just by existing. You can’t really avoid being trained.”

If you’ve ever hoped to see Kendall as a “bunny-cat,” and Gigi as a “lion-fox,” the time is now.