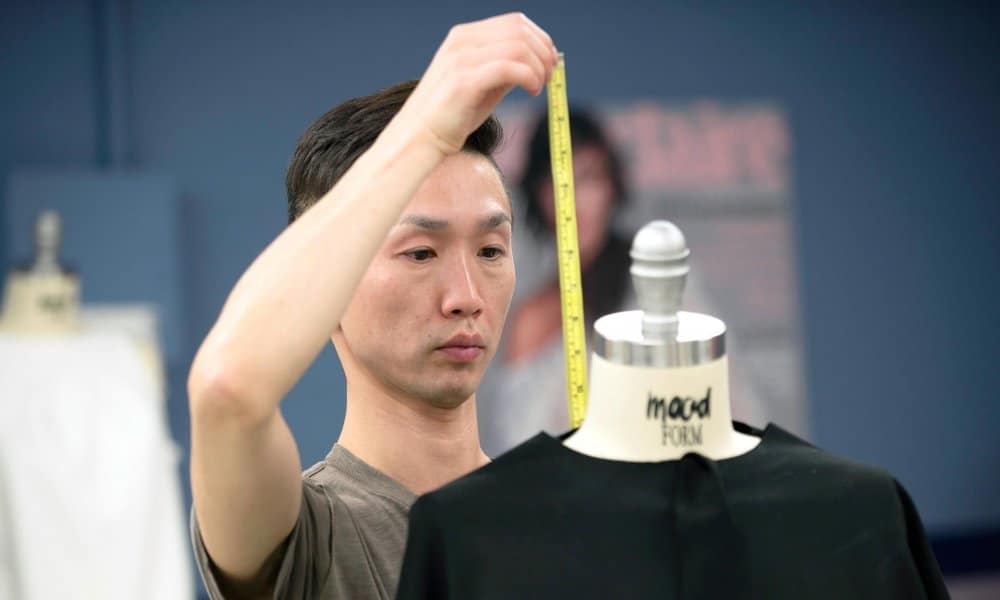 After receiving less-than-stellar feedback from judges Heidi Klum, Nina Garcia, and Zac Posen during the first part of the season finale, Japanese fashion designer Kentaro Kameyama was named the winner of the sixteenth season of the Lifetime reality competition series, Project Runway.

During the second part of the finale episode, which aired last night, Kameyama commented that because the judges seemed so unimpressed with his two-look preview, he could do whatever he wanted since he expected he wouldn’t go home the winner. This attitude allowed him to have fun with his work and present a ten-piece collection that poetically told a story and won over the judges.

Kameyama was up against some stiff competition, as he faced off against three other fashion designers on the New York Fashion Week stage. Ayana Ife, Margarita Alvarez, and Brandon Kee all presented collections alongside Kameyama. Jessica Alba served as a guest judge for the finale.

Viewers were a bit confused by Kemayama’s collection after watching the first part of the season finale last week. During Tim Gunn’s home visit to Kentaro’s studio in Los Angeles, the designer told the Project Runway mentor that he drew inspiration from a dead cat he saw on the side of the road and then buried. Despite the gruesome imagery, the classically-trained pianist created a fashion-forward clothing collection and also composed an original piece of music to accompany his work on the NYFW runway.

Following Heidi Klum’s announcement that Kentaro won, his family was welcomed out on stage to celebrate the victory. Unfortunately, Kameyama’s father took a tumble off the runway when walking out to greet Kentaro and Heidi. Thankfully, Mr. Kameyama recovered quickly and congratulated his son on his outstanding accomplishment.

As the winner of Project Runway, Kameyama earned himself $100,000 to launch his line, the opportunity to create a capsule collection for JCPenney, equipment from Brothers Sewing, makeup services for a year from Avon, a brand new Lexus, and a lifetime supply of FriXion pens from Pilot. Additionally, his work will be featured in an exclusive spread in the magazine Marie Claire.

The season 16 reunion episode of Project Runway will air on Thursday, November 30 and is sure to deliver on the drama, which the much-anticipated return of the Buitendorp twins.