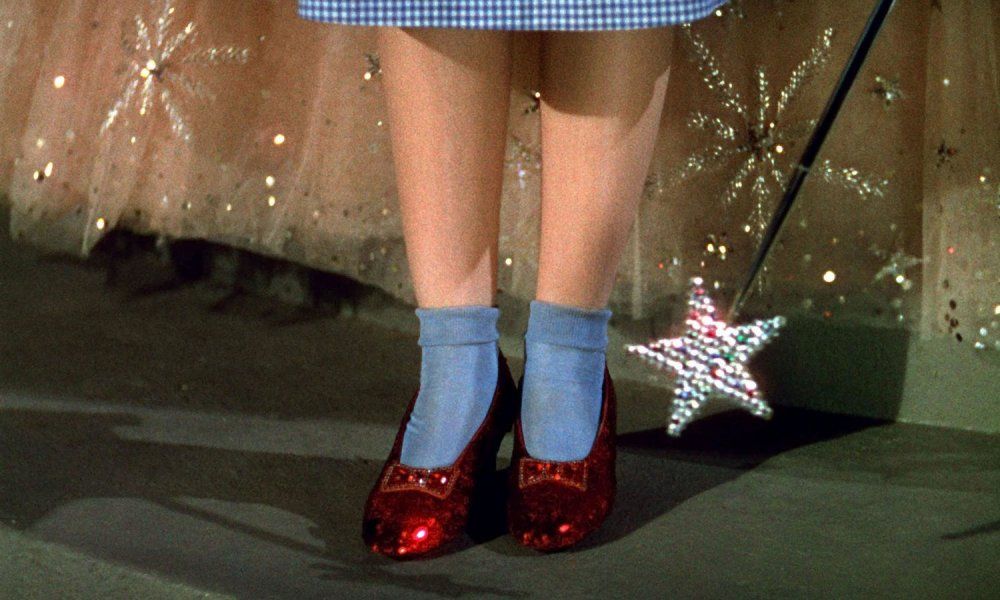 The Smithsonian has launched a Kickstarter campaign in hopes of saving the ruby red slippers that Judy Garland donned as Dorothy in The Wizard of Oz.

The slippers were created in 1939 by the MGM Studios prop department and they’re a little worn out. The fundraising page set up by the museum said that the slippers have faded in color, and that some of the threads holding on the sequins have been breaking, making them incredibly fragile.

The shoes have been living at the National Museum of American History since 1979, and to spruce them up, as well as give them a new display case, the museum is seeking $300,000. The campaign has been given the hashtag “#KeepThemRuby,” and includes rewards for the donors like tote bags, t-shirts, behind the scenes tours, and replica red slippers.

“Movie costumes and props are made quickly and cheaply, to last only for the brief duration of the shoot, not forever. Now in their eighth decade, the shoes are fragile and actively deteriorating.”

The Smithsonian has successfully utilized a Kickstarter for one of their projects in the past, which was conserving Neil Armstrong’s spacesuit. For that project they were able to raise $700,000.