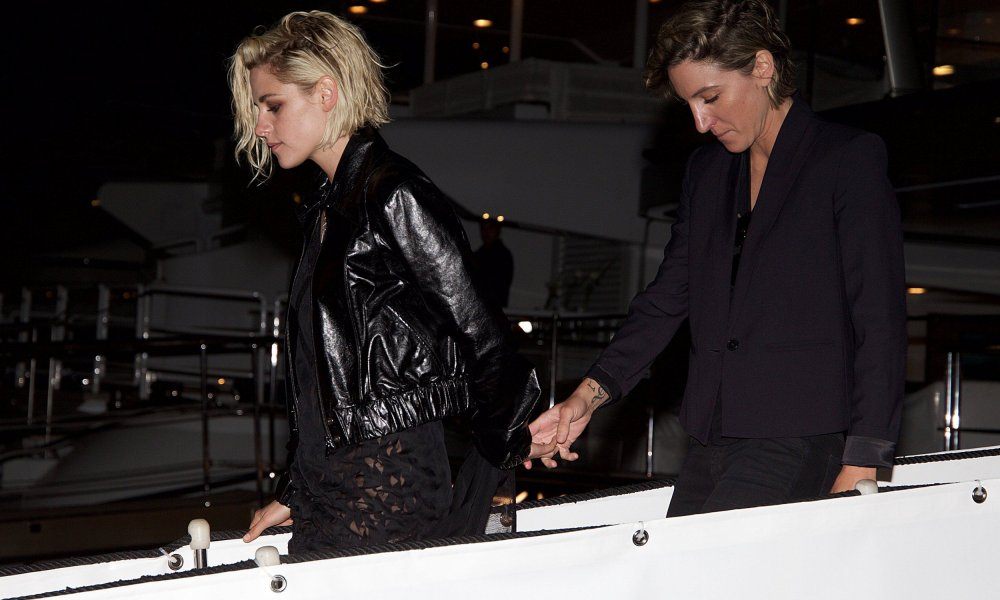 In the latest issue of Elle U.K. Kristen Stewart has officially confirmed that she is dating Alicia Cargile. In the interview Kristen shared that she’s totally in love.

“Right now I’m just really in love with my girlfriend. We’ve broken up a couple of times and gotten back together, and this time I was like, ‘Finally, I can feel again.'”

Kristen and Alicia have been photographed together a lot, but had never spoken openly about their relationship until now. She contrasted the experience with her past relationships.

“When I was dating a guy I was hiding everything that I did because everything personal felt like it was immediately trivialized, so I didn’t like it. We were turned into these characters and placed into this ridiculous comic book, and I was like, ‘That’s mine. You’re making my relationship something that it’s not.’ I didn’t like that,” she said.

“But then it changed when I started dating a girl. I was like, ‘Actually, to hide this provides the implication that I’m not down with it or I’m ashamed of it, so I had to alter how I approached being in public. It opened my life up and I’m so much happier.”