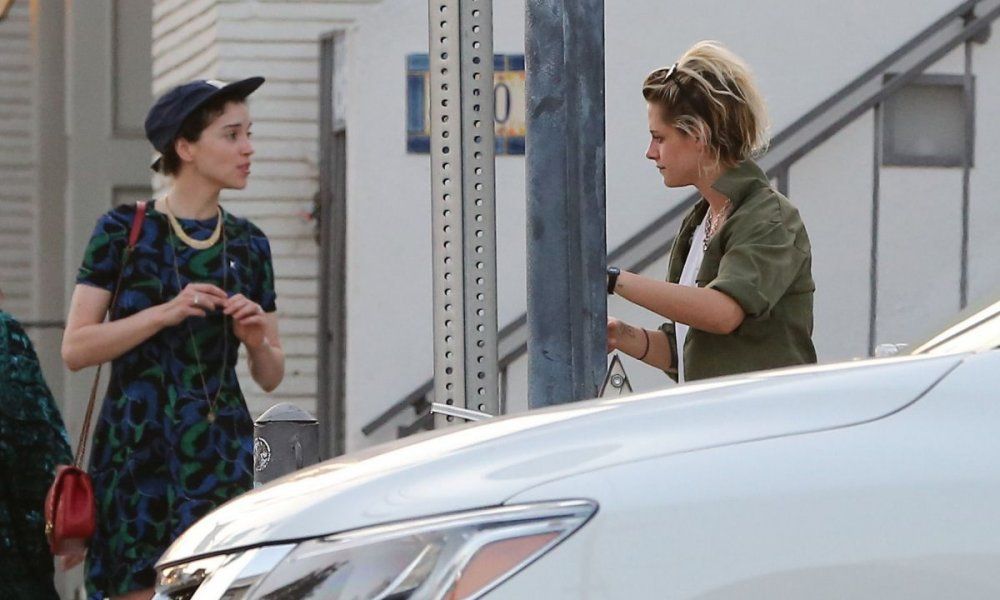 Kristen Stewart and St. Vincent have made their first official appearance as a couple. The two attended the CFDA/Vogue Fashion Fund Show in Los Angeles on Wednesday, where they sat front row next to Emma Stone and Katy Perry.

The couple posed for photos together at the event. This is the first time that they have made a public appearance as a couple, despite being spotted together on multiple occasions.

Indie rocker St. Vincent (real name Annie Clark), split with model Cara Delevigne over the summer, and Kristen recently got out of a relationship with Alicia Cargile. Kristen and St. Vincent were first seen together at an L.A. comedy show at the end of August, and then they’ve been seen together repeatedly throughout October.

A source says that the relationship has been going well.

“It’s been very romantic. Kristen is always whispering closely in her ear and asking her opinion.”

Kristen had confirmed a relationship with Alicia as recently as July, when she felt the need to speak out about her sexuality.

“I’m not ashamed, and I’m not confused. Things have changed. And not just with me—we’re really allowed to encourage this new acceptance to develop and be awesome.”