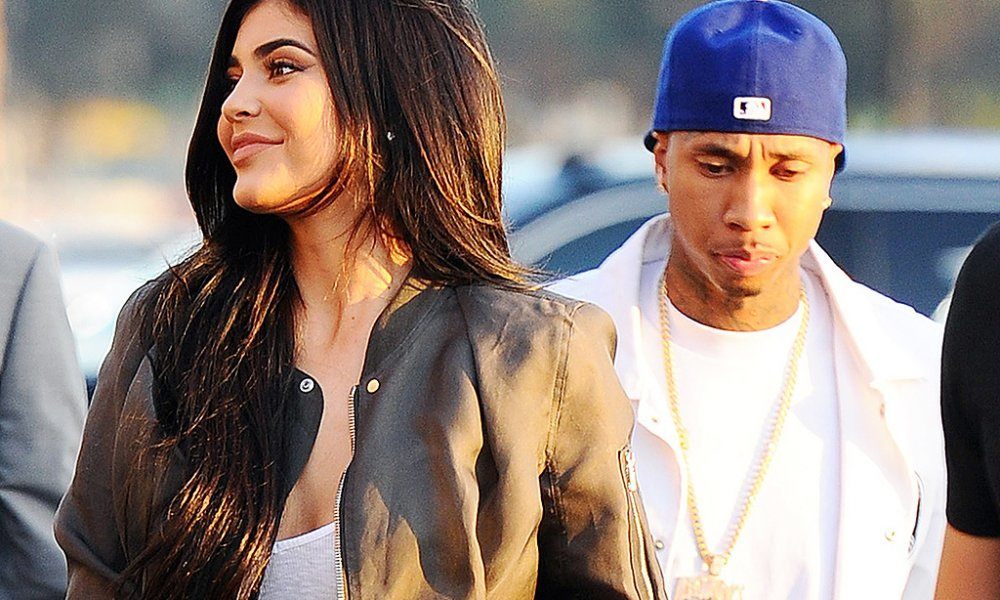 Kylie Jenner and Tyga have been teasing a relationship lately by posting photos on their social media accounts, but now some paparazzi shots are erasing any lingering doubts about their status. Kylie and Tyga were spotted shopping for Bentleys and getting cozy on Tuesday, where Kylie was test driving a convertible that she did not purchase.

Tyga was also in attendance at Khloe Kardashian’s 32nd birthday celebration at the Hollywood Dave and Busters on Monday night. As usual the group made good use of a very flattering photo booth, and Tyga turned up in the photographic evidence. Kylie posted some shots of the photos to her Snapchat, and in one she was kissing his cheek.

A source recently said that Kylie and Tyga “started seeing each other again romantically. It’s not as much pressure this time around because they both have had some space over the past few weeks apart. Tyga wants to get back with Kylie though. Tyga says that [she is] his wifey, in good or bad.”

Last week Kylie had posted a photo of herself sitting on Tyga’s bed and tagged him in it, which seemed like a pretty strong message. Now it seems to be confirmed.