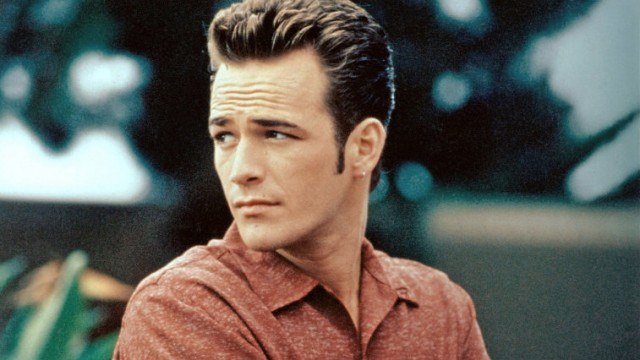 Sadly, the Riverdale star never recovered from the massive stroke he suffered last week. Perry was rushed to Saint Joseph’s Hospital in Burbank, California last Wednesday, but unfortunately was not able to pull through. The last we had heard was that he was “under observation at the hospital.” The 52-year-old died this morning.

“Actor Luke Perry, 52, passed away today after suffering a massive stroke. He was surrounded by his children Jack and Sophie, fiance Wendy Madison Bauer, ex-wife Minnie Sharp, mother Ann Bennett, step-father Steve Bennett, brother Tom Perry, sister Amy Coder, and other close family and friends. The family appreciates the outpouring of support and prayers that have been extended to Luke from around the world, and respectfully request privacy in this time of great mourning. No further details will be released at this time.”

Aside from his iconic role as bad boy Dylan McKay, Perry had appeared on the big screen with roles in films including Good Intentions, Red Wing and Buffy the Vampire Slayer, which later became a hit television series. He made his Broadway debut in 2002 as Brad in The Rocky Horror Picture Show. It was the small screen that showed the actor the most love, with roles on The Incredible Hulk, Jeremiah, Oz, Windfall and John from Cincinnati.

Just last week FOX announced plans to reboot Beverly Hills 90210, the iconic 90s show that propelled him to stardom, but Perry had not officially signed on to the project.

More recently, Perry took on the role as Archie Andrews’ father Fred in the hit CW drama Riverdale, based on the characters from the Archie comics.

Our thoughts and prayers are with Perry’s friends and loved ones during this difficult time.