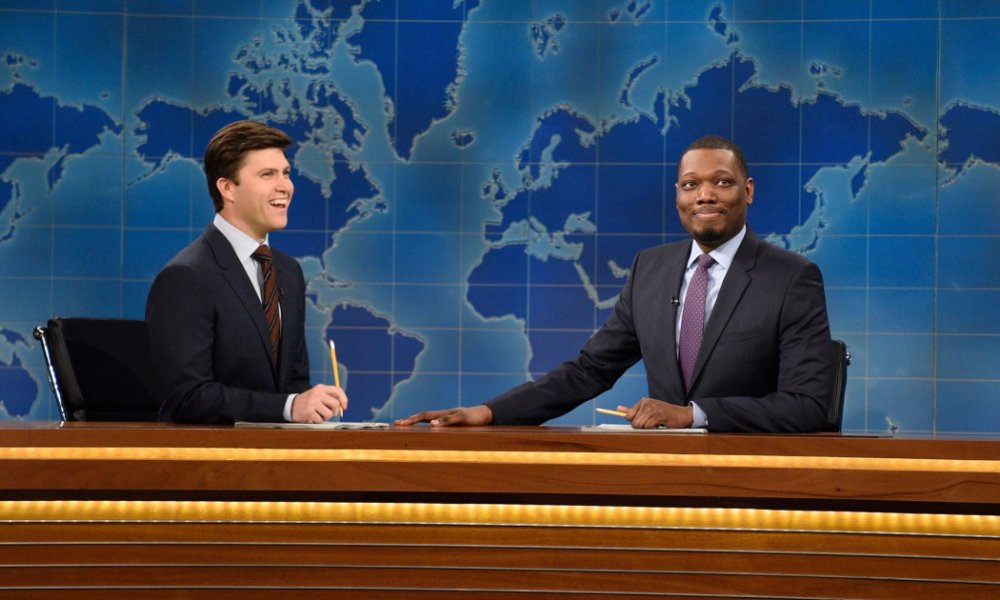 Michael Che has been promoted to a head writer at Saturday Night Live, making him the first ever non-white person to hold the position in all 43 seasons of the show. Colin Jost also got the promotion, which he previously held on the show from 2012 to 2015. Bryan Tucker and Kent Sublette will remain in head writer roles as well.

Che first joined SNL in 2013 after serving as a correspondent on The Daily Show. He’s been mentioned on lists such as Rolling Stone’s 50 Funniest People, BuzzFeed’s 50 Hottest Men in Comedy, and Variety’s Top 10 Comics to Watch.

Saturday Night Live has been running on a popular streak. This year is only second to ratings in last year after having the most popular year in a decade. However, some of last year’s success was attributed to the promotion of Chris Kelly and Sarah Schneider to head writers. Everything was going great, but Kelly and Schneider decided to quietly walk away from the show at that time to pursue their own show. (Supposedly a Comedy Central series.) Jost and Che have both been working on the Weekend Update portion of the show and have quite a bit of success with that.

In other SNL news, apparently Leslie Jones was really holding back vomit during a sketch with a bloody character played by James Franco. She appeared to be disgusted by the scene at hand, and it turns out she really was. It could have gotten a lot messier on the live stage, but luckily everyone held it together.

This man almost made me puke on national television!! Lmao we had a good time with James Franco!!