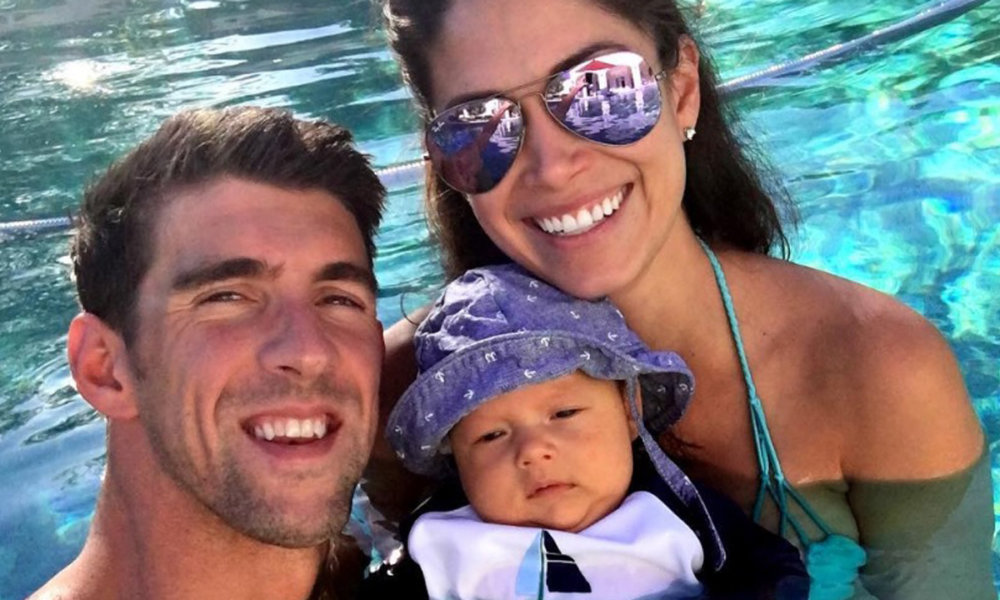 On Sunday night at the Rio Olympics Michael Phelps won his 19th gold medal, taking his count to 23 Olympic medals overall. Michael is the world’s most decorated Olympic athlete, and while family and fans alike were there to celebrate his most recent win, his son slept through the fun.

Michael’s son Boomer was in the audience wearing noise cancelling headphones as he slept in the arms of his mom and Michael’s fiancee Nicole Johnson. Luckily for Boomer there will be plenty of photos and video footage on hand for him to relive the moment later in life, when he becomes a bit more aware of his surroundings.

The two-month-old baby in fact already has his own social media pages, his personal Instagram account has attracted over 106,000 followers.

Michael commenting on his win, saying:

“It felt good to get, after my last 400 free relay of my career, this thing around my neck. It feels good to get it back.”

Michael had just joined the team after a timed swim trial a week ago. Nathan Adrian commented: