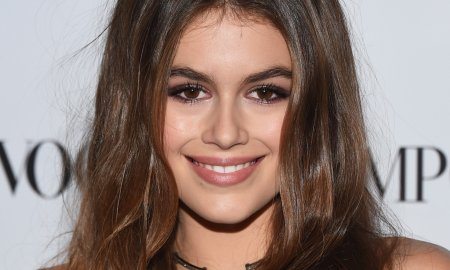 The evolution of the relationship between Ashton Kutcher and Mila Kunis has been a fascinating one. The two played love interests on That 70’s Show but didn’t date in real life until many years later, and they ultimately ended up married.

The in between time has been a little grey until now, as it turns out when they started seeing each other in real life they were actually in a friends with benefits situation. At the time both of them had recently gotten out of long term relationships and thought they could made it work doing something casual.

“If we just paid attention to these movies, we should know that shit like this does not work out in real life,” Mila explained to Howard Stern. “Well, we clearly didn’t pay attention. We shook hands, we’re like, ‘Let’s just have fun!’ I mean, literally we lived out our movies.”

Eventually it turned into more.

“We’d literally attempt to go see other people, and then that night we’d be like, ‘Hey! What are you up to? Wanna come over?’ It ended up going from just having fun to genuinely wanting… When I realized I was nervous when I spoke to him. I was like, ‘I don’t like this anymore.'”