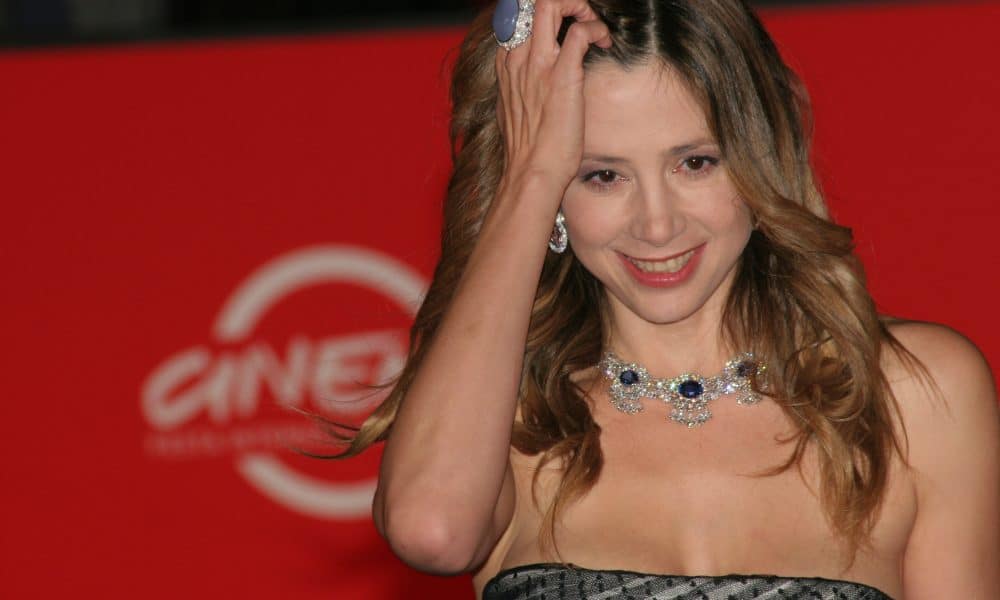 Mira Sorvino has spoken out about Harvey Weinstein following his recent arrest. The actress said that Weinstein’s arrest is a “really good step” but that she won’t be happy until he is in jail.

“He’s raped many people that I love, so it’s not really a happy occasion. I think maybe there will be some celebration when he gets convicted and goes to jail. That’s when the process will be complete and when we’ll see justice really being served.”

It’s a momentous first step.This is how we’ll feel when he’s convicted and headed to jail. TY @marisaacocella for this incredible animation, thank you my sisters for your strength and solidarity

On Tuesday of this week, Weinstein plead not guilty to the charges that were brought against him when he was arrested last month. The charges included multiple rapes and criminal sexual acts.

Sorvino feels particularly passionate about the matter because she claims to have been personally harassed by the former producer. Sorvino said that Weinstein sexually harassed her while they were promoting 1995’s Mighty Aphrodite. She suspects that rejecting his advances lead to her being blacklisted in the industry since her career seemed to dry up shortly after that film, despite winning an Oscar for her performance.

Director Peter Jackson has confirmed Sorvino’s suspicions. He spoke out saying that Weinstein told him that Sorvino was a “nightmare” and that she should be avoided. Sorvino spoke out about the shock of having that suspicion confirmed.

“It was like a thunderbolt. It was kind of crazy. I was like, so it was really this malevolent hand that changed the course of my life and my professional horizons? At the end of the day, I am fine with everything, but to know that this was done to me, rather than it just being fate was kind of world-rocking at the time.”

Sorvino is currently starring on the TV show Candor and is working on anti-sexual harassment legislation with California lawmakers.

No matter what curves life throws at me, being a mother has been the most beautiful, deepest, best thing I have ever done, by far, far, far. I love my children so much there are no words that are adequate to express… it was a tough few days but my family grounds me and reminds me all I could ever really want I already have. Love you @tomahawklions Happy Mother’s Day to my wonderful mother Lorraine Davis Sorvino and my terrific “second” mother @terylbackus, and to all you Mamas out there who know exactly how I feel!