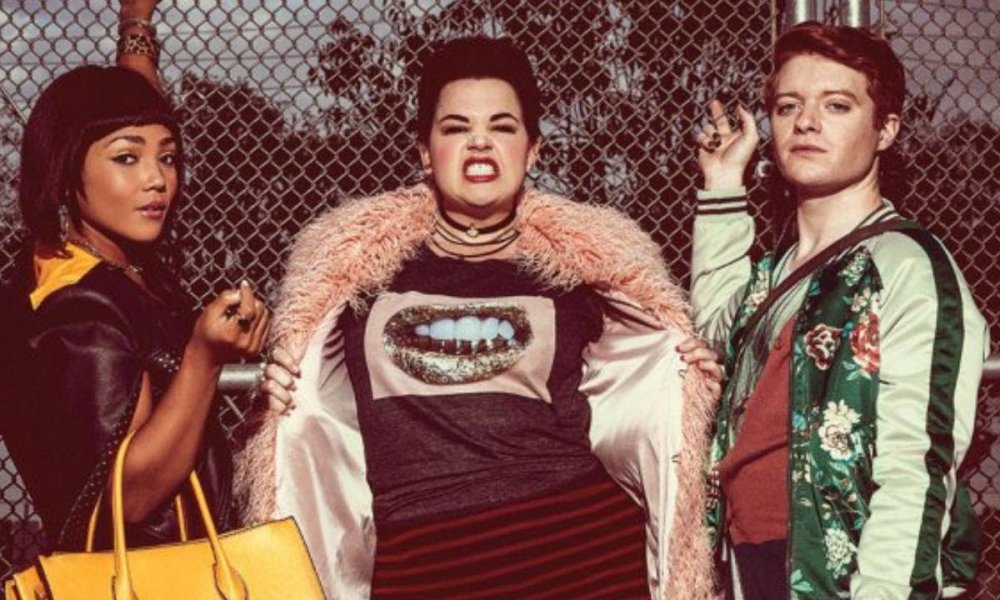 Today, viewers got their first glimpse at the reboot of the cult classic Heathers. The red band trailer, which is absolutely NSFW, features enough teenage angst, trendy fashion, and bad language to make any adult nostalgic for the ignorance of youth.

Premiering on the Paramount Network on Wednesday, March 7, Heathers is getting a makeover in 2018. The new anthology series takes the Heathers everyone knows and hates and turns those stereotypes on their ears. Instead of a clique of skinny, white girls, the 2018 Heathers are made up of body-positive Heather Chandler (originally Kim Walker) played by Melanie Field. Heather Duke (Shannen Doherty in the movie) is a genderqueer male whose real name is Heath (Brendan Scannell). Finally, Heather McNamara (originally played by Lisanne Falk) will be portrayed by Jasmine Mathews.

Grace Victoria Cox will star as Veronica Sawyer (originally played by Winona Ryder), alongside “teenage Charles Manson” J.D. (Christian Slater in the movie), played by James Scully. Just like their 1988 counterparts, Veronica and J.D. spend plenty of time making out and plotting the death of the Heathers. However, instead of getting sugar high on slushies, the 2018 Veronica and J.D. snort Adderall to get their kicks.

Shannen Doherty, who played Heather Duke in the original Heathers, guest stars in the pilot episode, directed by Leslye Headland and written by showrunner Jason Micallef. In the new trailer, we catch of glimpse of Doherty sporting Heather Duke’s iconic red hair bow, though her character’s name in the TV series has yet to be revealed. Additionally, Selma Blair appears in three episodes as Jade.

Each new season of the anthology series will include a new clique of Heathers determined to make life miserable for anyone who steps out of line. Watch the red band trailer below.