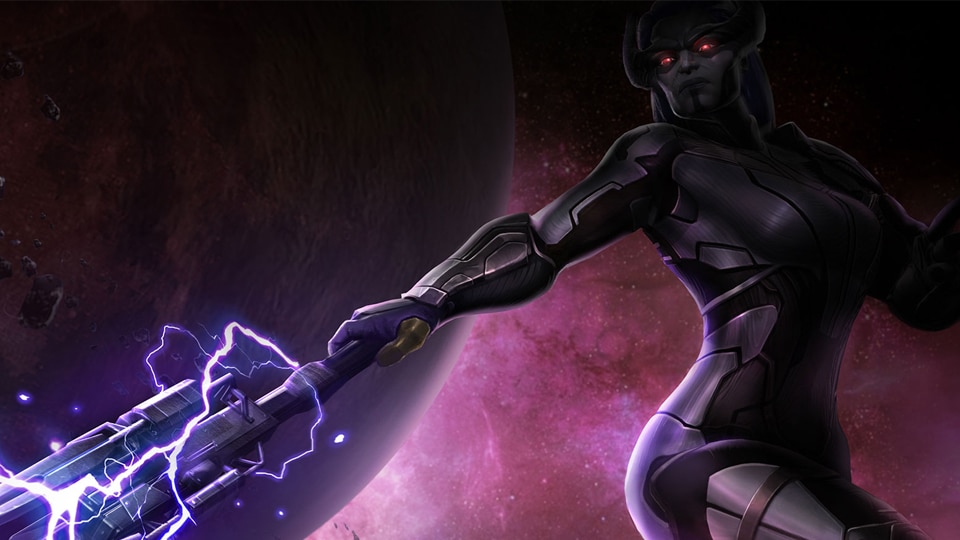 In an exclusive interview with RadioTimes, Anthony and Joe Russo confirmed that Emmy-nominated actor Carrie Coon (The Leftovers, Fargo) plays the role of Proxima Midnight, the only female member of the Black Order, in the upcoming Marvel Cinematic Universe tentpole Avengers: Infinity War. Coon voices and performs motion capture work for the villain.

The Black Order is a gang of thugs recruited by Thanos, the villain who seeks to obtain all of the Infinity Stones in Avengers: Infinity War. In the comic books, Proxima Midnight wields a spear with the power of a time-distorted sun that is coated with a deadly toxin.

Also, Midnight is married to Corvus Glaive, another member of the Black Order, but it is unknown who will play him in Infinity War. Some hypothesize that Peter Dinklage, who is billed in the cast in an unnamed role, will voice Glaive.

The Russo brothers also confirmed two other henchmen from the Black Order showing up in Infinity War: Ebony Maw (voiced by Tom Vaughan-Lawlor) and Cull Obsidian (Terry Notary). Ebony Maw, an evil alien with telekinesis, and Cull Obsidian, a mostly silent character, normally appear in the comics as a villainous duo, working together to wreak havoc on behalf of Thanos.

“He’s not so much a voice,” Anthony Russo said of Notary’s performance as Obsidian. “Well, he did voice the character, but he’s one of the most gifted movement specialists in the world right now,” Joe Russo interjected. “He played a character who we’ve called Cull Obsidian, who was in the books known as Black Dwarf. So it’s kind of an all-star cast of baddies.”