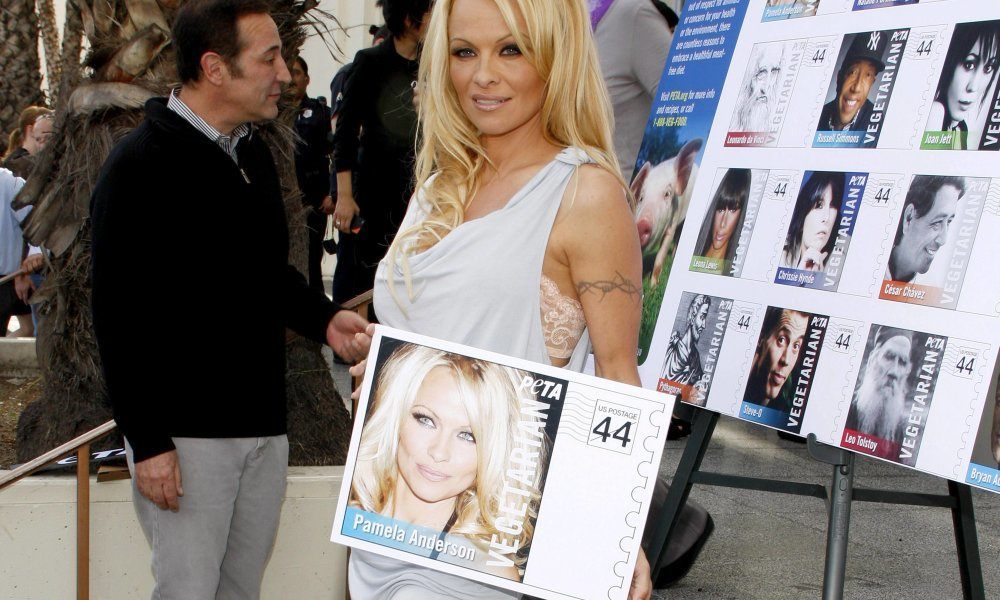 After October’s stunning decision on the part of Playboy’s senior editors to stop showing fully nude pictures in their magazine, the people on the planet who still read magazines waited attentively to find out just who would be honored as the last woman to drop trou for the legendary adult magazine. Today, that question has been answered, and it should come as little surprise to long time readers that the magazine has gone with its longtime ‘It’ girl, Pamela Anderson.

Perhaps the world’s most famous bottle blonde (and former Hep C sufferer), Pamela Anderson has been featured on the cover of Playboy more than any other person in history, so it’s more than fitting that Playboy should use the 48 year old as their final model. The decision also marks an interesting choice for the magazine, acknowledging a bit of their storied history as they prepare to move into the future.

What used to be the world’s most famous skin mag has been having a tough time competing with the digital age. The publication that championed the sexual revolution has begun to look old-fashioned in a world where some really nasty stuff is only a creative Google search away.

As Scott Flanders, Playboy’s chief executive, told the New York Times in October, “That battle has been fought and won. You’re now one click away from every sex act imaginable for free. And so it’s just passé at this juncture.” In an attempt to combat plummeting sales and increasing irrelevance, Playboy has opted to go a little more conservative, draping their models with a little bit of clothing (a la Maxim) in the hopes of appealing to a wider audience.

Of course, that model hasn’t done much for Maxim, which was forced to undergo a drastic redesign earlier this year in an effort to keep up with the competition. That said, when it comes to brand recognition in the pervert community, no one tops Hugh Hefner’s magazine, so there’s no telling whether or not the new plan will help make Playboy relevant to a new generation of young men.

Either way, it’s the end of an era for the classic men’s magazine, as they’re forced to give up the aspect of their publication that once made them famous. It’s a telling change for a once-indomitable cultural icon, though they’ll need more than just some skimpy lingerie to stay alive in the new millennium.