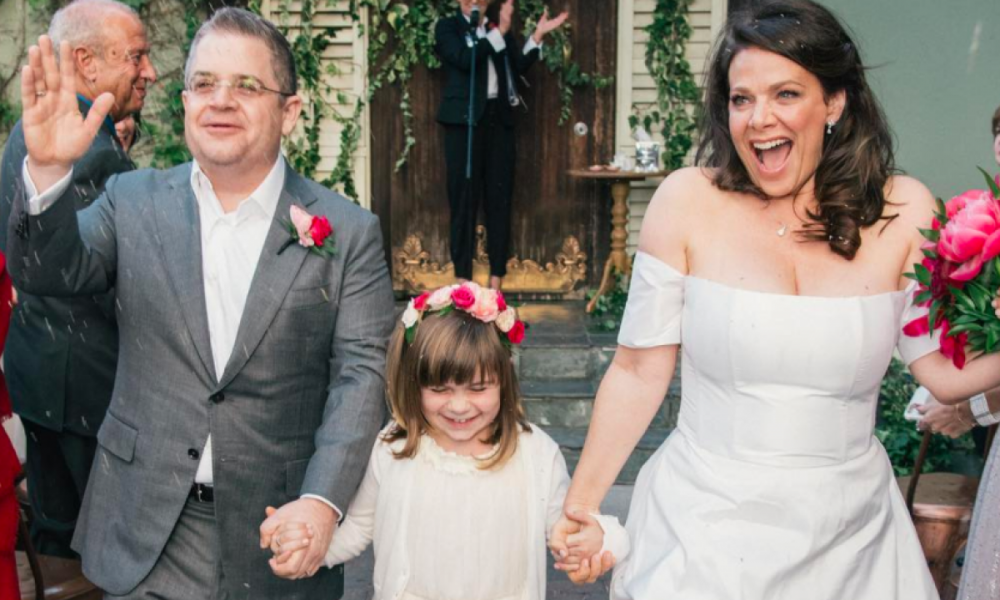 Patton Oswalt has married Meredith Salenger. The comedian and his wife tied the knot on Saturday at the Jim Henson Company lot in Los Angeles. The two announced their engagement in July after coming out as a couple in June.

Patton’s last wife, writer Michelle McNamara, passed away unexpectedly in her sleep in 2016 after taking a mixture of Adderall, Xanax, and fentanyl with an unknown heart condition. Patton and Michelle have an eight-year-old daughter named Alice, who walked as the flower girl in his wedding to Meredith. Meredith posted her excitement to social media about becoming a stepmom.

The ceremony was officiated by Martha Plimpton (who reportedly introduced the couple), and Questlove was the DJ at the ceremony. Los Angeles Mayor Eric Garcetti was one of the guests in attendance, and interestingly also happens to be the first boy that Meredith ever kissed.

Patton received some backlash over moving on so quickly following the death of his wife, but he has seemed nothing but happy in his new relationship with Meredith.