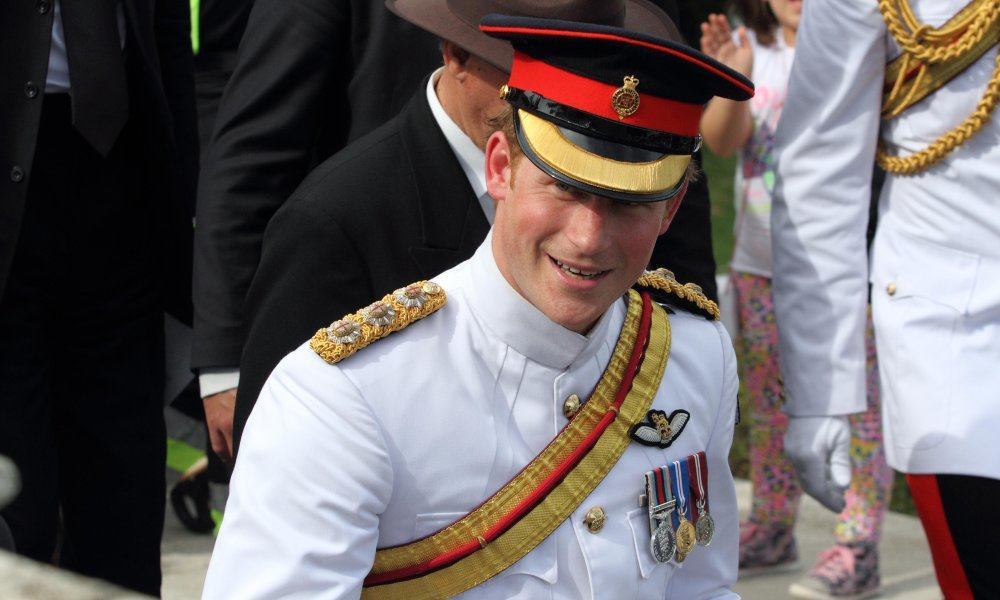 Prince Harry plans on giving notorious bachelor Leonardo DiCaprio a run for his money. The 31-year-old Prince of Wales admits that he’d like to settle down one day, but isn’t in any rush to walk down the aisle.

While participating in the Walking With the Wounded’s Walk of Britain, he shared,

“No. You know, at the end of the day, there’s a lot of things to get done before settling down. I’ve got another seven miles to walk now, which I’m really not looking forward to…Eight? Great! I think everyone looks forward to settling down, but in the meantime it’s work as usual, so let’s crack on.”

The Prince walked 17 miles for the charity that supports wounded veterans, but walking towards a bride is not in Harry’s too distant future.

Although it seems like the red-headed hunk has turned into a bit of a workaholic, Harry seems to enjoy getting involved and giving back to his community. He gushed,

“It’s equally important, if not more so, to do the stuff behind the scenes. It’s something that our mother [the late Princess Diana] did a lot of and that’s the time you really get to learn, you get the experiences and you actually get the honest truth out of people.”

Just because he isn’t ready to get down on one knee doesn’t mean he’s celibate. Harry’s been recently spotted with both exes Chelsy Davy and Cressida Bonas.

Besides charity work, the Prince is also involved with Ministry of Defense’s London Personnel Recovery Unit. He seems to be content keeping busy with work, rather than being in a serious relationship, “I think people relate to the enjoyment value that myself, William and Catherine have with these guys. There’s nothing worse than being involved with something you don’t have any passion about.”

What do you think about Prince Harry still being single at 31? Who should the lucky lady be? Let us know in the comments section below.