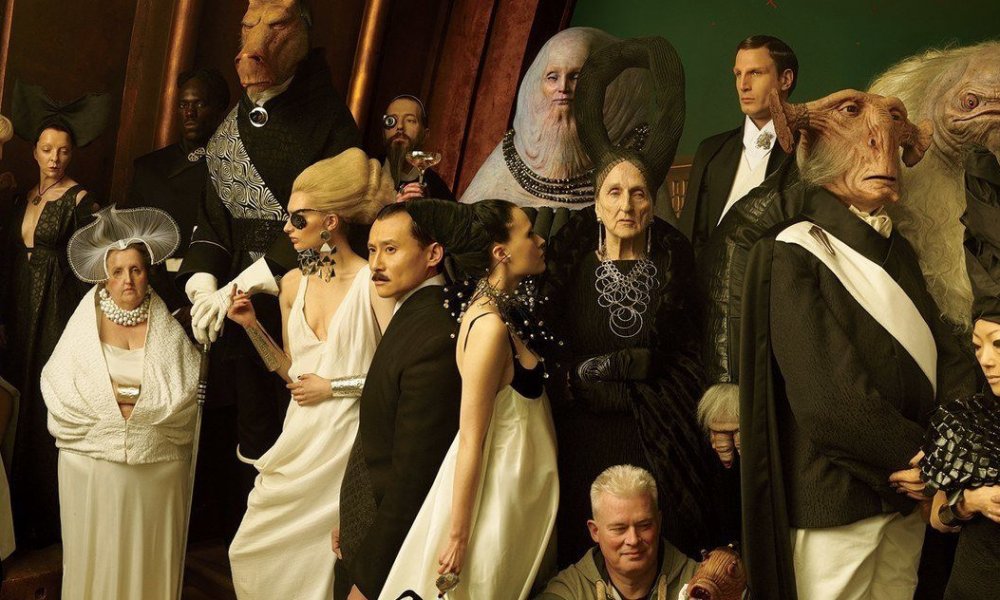 When they find themselves unable to enlist the help of millennia-old Maz Kanata, intrepid rebel scum Finn, and newcomer Rose Tico must travel to the planet of Canto Bight in order to enlist the help of an anonymous master codebreaker. The narrative detour not only adds depth to the underlying message of the film, Canto Bight also allows Johnson to pull back from the intimate battle between idealists to take a look at “the machine” that powers the Star Wars Universe. The result is a look at the face of an enemy who may be more sinister than the Sith.

While most people focused on the sad lack of a Lando Calrissian cameo, the real purpose of Canto Bight is to put war profiteers in the crosshairs. Beyond the political disputes of Rey and Kylo Ren, there’s a generations-old machine that’s producing the ships that get destroyed, building the bases that get taken over, and crafting the weapons that leave thousands dead in their wake. The beings who run these organizations spend their days tossing money away in a Monte Carlo-style casino. While Finn might be smitten with the luxury, Rose sees only something to be reviled. Canto Bight is opulence at its most revolting.

Was anyone else convinced they would find Lando in Canto Bight? I could all but hear, "well hello, what have we here?" #StarWarsTheLastJedi pic.twitter.com/VlH36cuLXb

Even in these dark locations, the spark that resistance fighters Rose and Finn represent can ignite a jolt of rebellion among Canto Bight’s most downtrodden. In this case, “most downtrodden” takes the form of a group of Dickensian moppets who tend to camel-horse aliens called Fathiers. In fact, the rebellion ignited in these children is Johnson’s last image of the film. He doesn’t focus on one of the main characters, only on a child holding a broom like a sword. He’s a young boy preparing to fight his own battle against an oppressive force, in this case, the system that’s propping up Canto Bight’s customers.

Though some have criticized Canto Bight as a needless distraction in an already long film, the hedonistic casino planet is the best example of Johnson’s underlying message in the Last Jedi. The spirit of rebellion isn’t something that’s reliant on one person or a group of specific people. It can come from anywhere, and it has power wherever it manifests. Rebellion only needs people willing to take action.