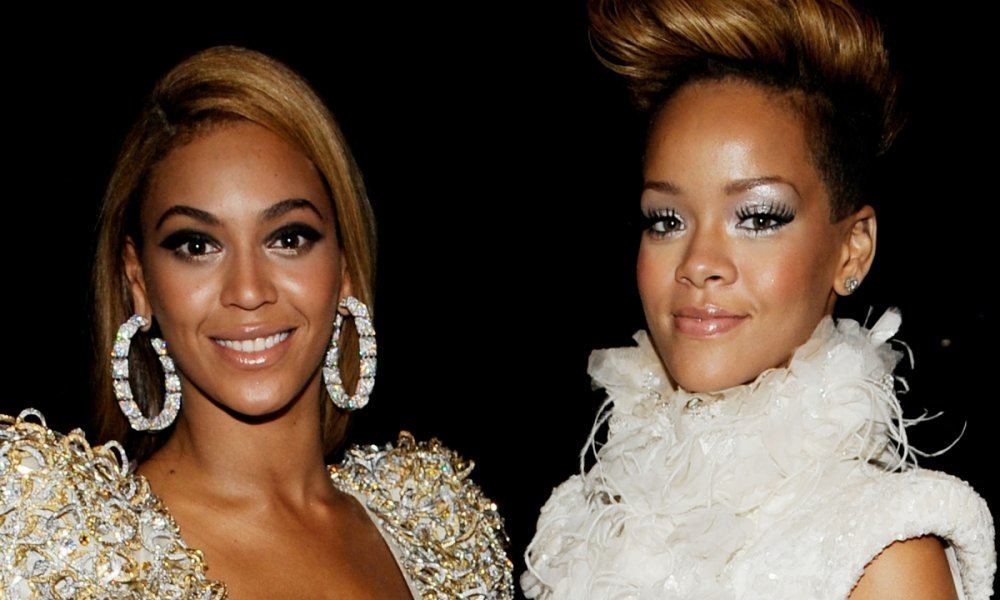 Rumors about a feud between Rihanna and Beyonce have circulated for years, but RiRi is setting the record straight and saying that there is no drama or rivalry between them.

Rihanna is on the cover of this month’s Vogue magazine, and her interview inside basically revealed that she thinks the media comes up with that stuff on their own.

She also talked about her album Anti, and how it differs from her previous work. She acknowledged that the sound veered from the traditional pop sound and that it might not get her the same kind of attention as the other stuff.

“[I was] very much [bored with the ‘pop formula’]. I just gravitated toward the songs that were honest to where I’m at right now.”

On her opening song “Consideration” she says that “It might not be some automatic record that will be Top 40. But I felt like I earned the right to do that now.”

The singer certainly sounds like she knows what she’s doing at all times, but she did admit to having one life regret…not wearing a bedazzled thong with that sheer, Swarovski-encrusted CFDA dress.

“I just liked it better without the lines underneath. Could you imagine the C.F.D.A. dress with a bra? I would slice my throat. I already wanted to, for wearing a thong that wasn’t bedazzled. That’s the only regret I have in my life.”

When pressed for confirmation on that truly being her biggest regret she said: